I just noticed that there is a new release of StaMPS. Okay, it is only a beta release but …
The version is 4.1-beta_20180814 and the changelog says the support for SNAP was updated.
See also the manual StaMPS_Manual.pdf
Thanks to David Bekaert who is working on StaMPS. 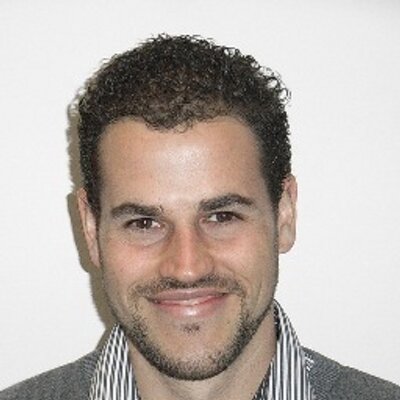 That looks fantastic. As there were quite many versions of this script around, I am happy that there is now an official mt_prep_snap which works with the outputs from Snap2stamps package: a free tool to automate the SNAP-StaMPS Workflow

I’ve used the old workflow (mixing spyder and SNAP), when I finish this study case I’ll try the @mdelgado package for sure.
Now I’m testing 4.1 release and I have problems with config.bash
When I run mt_prep_snap the system throws these problems>

Amplitude Dispersion Threshold: 0.2
Processing 1 patch(es) in range and 1 in azimuth

/usr/bin/triangle/calamp: Not a directory.
cat: /media/datadrive/SAR/PSI_SBAS/SANTIAGO/INSAR_master_date/calamp.out: No such file or directory
4404
443
mt_extract_cands Andy Hooper, Jan 2007

Anyone else with this issue? The paths are exactly the same as I’ve used in 3.3b1
Regards

Hi @CarlosSierralta!
If would be better if you could provide the content of the CONFIG_StaMPS.sh and the lines of your .bashrc file where you define the PATH variable (something like: export PATH=‘paths_to_include’:$PATH )

Maybe with that we can help a litlle bit more.
I have seen you post also in MAINSAR…so I hope you may get some help from some place

Hello everyone. I finished processing StaMPS. now that I want to get the graphs, it throws different errors. when I run ps_output I get mean_v undefined function or variable ‘meanvname’. Does anyone know how to solve this? When I try to graph using …all.ifgs function, I get another error as it cannot make graph without dates.

Have you tried a simpler graph, such as
ps_plot(‘v’)
to test if it basically works? Some plot commands require special variables

Yes, I did that too. I’m doing the analysis again. I’ll post a picture of the matlab page. Thanks ABraun. The problem is this mean-v file that matlab couldn’t find. actually my goal is to get the kmls and ascii files and then do the rest of the work in windows. but none of the functions work

stamps v4.1b is installed in Linux, the first step is implemented, but I got the following results,

have you adjusted and sourced the conf file as described here?

I have to check it up, because I’m using the RUS VM, and I think, I’m not allowed to edit, but let me check up, and tremendous thanks to you.

Once configured the variables that @ABraun pointed to you, please remember to remove the < > characters you put on the second variable.

Thanks a lot for your very nice comments, but I got a very nice opinion from our colleague in RUS, and now it runs smoothly,

"The mt_prep_snap command that you are trying to execute is not a matlab function but a StaMPS binary. After some research on the forum you mention, I found that this command can be executed from matlab by running:
!mt_prep_snap 20180105 /home/rus/Desktop/shared/Training/IMAGE-2018/PSI/INSAR_master_date/ 0.4 (the ! character is needed to invoke an external command) "

but a StaMPS binary

well… I am glad they helped you. but the information is not totally correct.
It is a shell script which calls binaries and matlab functions, so indeed their solution works as well as ours as well does.

Glad that you are able to go further with your processing.
Cheers.

What is the reason of the following error?

inside matlab you have to navigate to the directory where the mt_prep_snap command was executed and all files were written into.

is this the folder, PATCH1? because in the

nothing refers to the result where will be excuted!

In an ideal case, you have two different folders:

This way, all new files written by matlab are created there. This allows you to have a clean working environment and delete it if you want to start again. #2 is where you navigate in Matlab, it contains the PATCH1 as a subdirectory (don’t navigate in there, stay one level above).

I created a new folder and I implement the mt_prep_snap again, but the result as you see out of the folder I created!

mt_prep_snap has to be ran outside matlab (in the shell), it is a Linux script to preprocess the data exported by SNAP. If this was completed correctly, you proceed to open matlab in this folder and start the stamps scripts.

Yes, now I started again to run it in the shell, let see, tremendous thanks to you Andy,