Patterns in Sentinel-1 images over ocean

I am analazying some Sentinel-1 images over Vietnam (May 2018) and some patterns on the image have called my attention. Images have gone trhouhg calibration, spk filtering, TC and dB converrsion 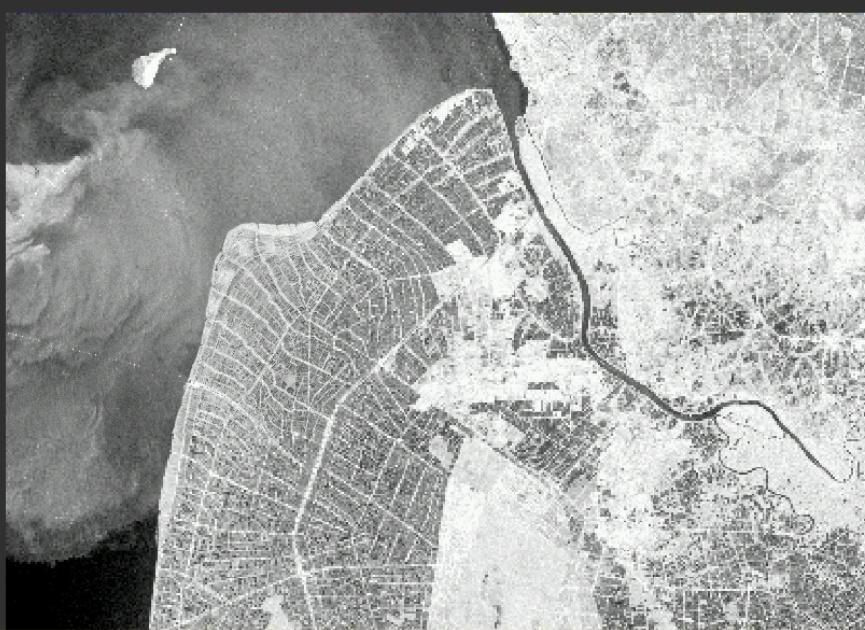 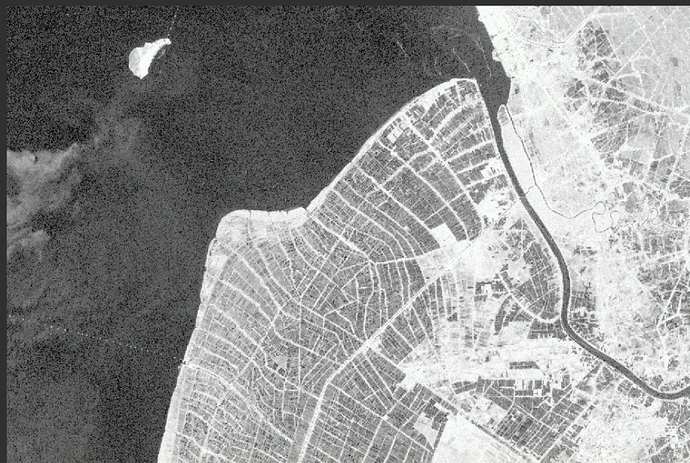 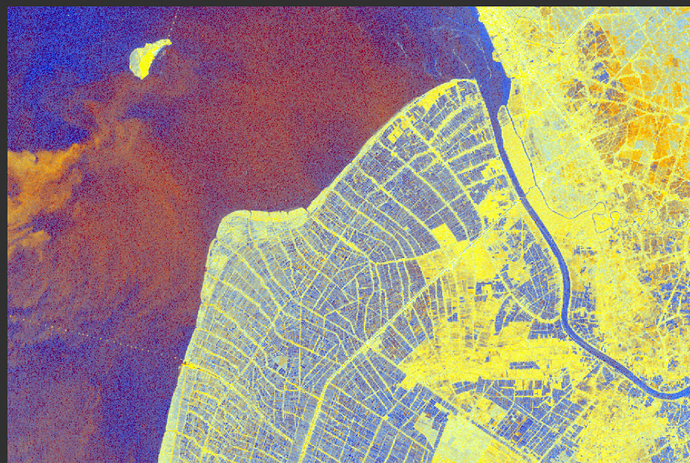 A similar pattern is found in another image few days later. In this case, the patter seems to be also covering the land area. 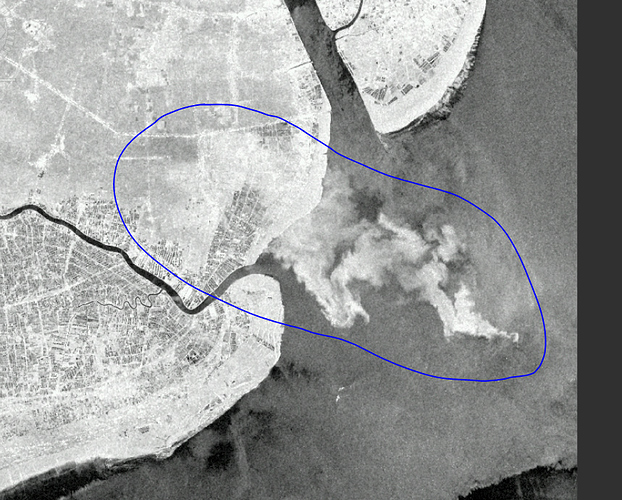 Any idea what those patterns are? Atmospheric distortions? From a Sentinel-3 OLCI image from the same day (as the first image) we can see the area is covered by clouds. 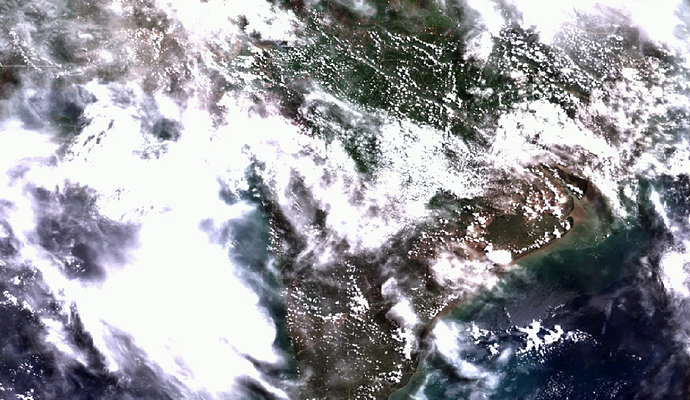 In my humble opinion, I think clouds has nothing to do with it.

However I sometimes encounter similar pattern in my HH pol images too. I called these “Van Gogh Patterns”. 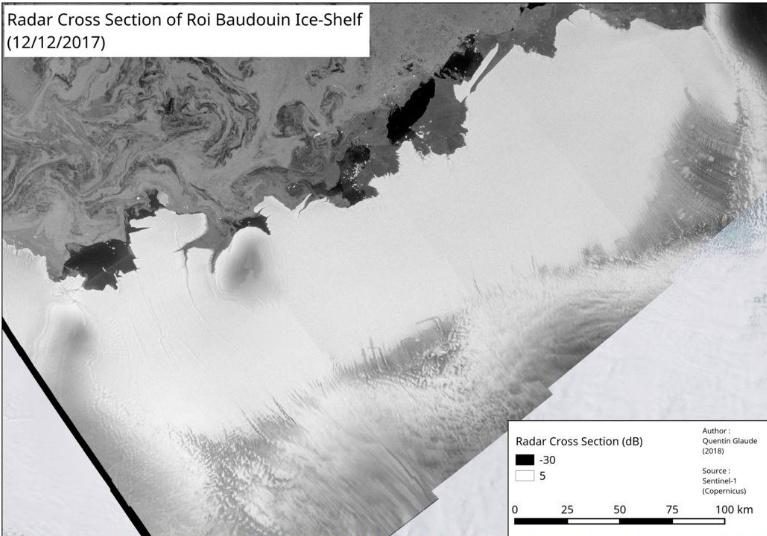 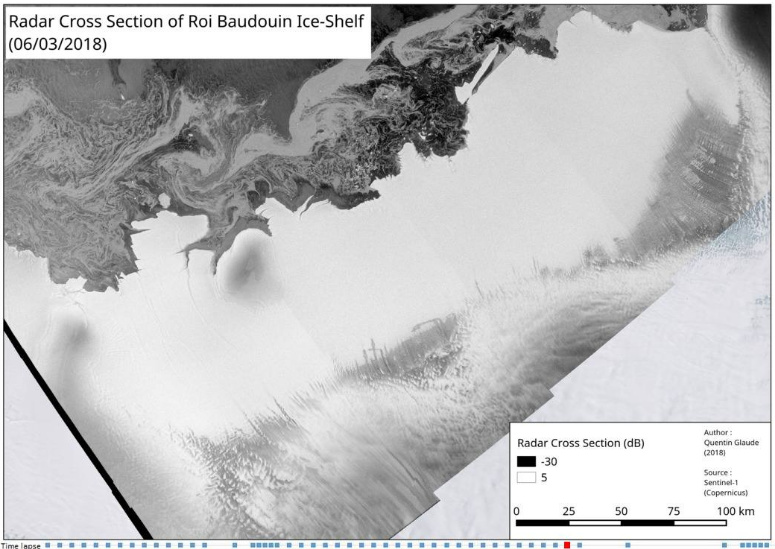 because it make me think of that 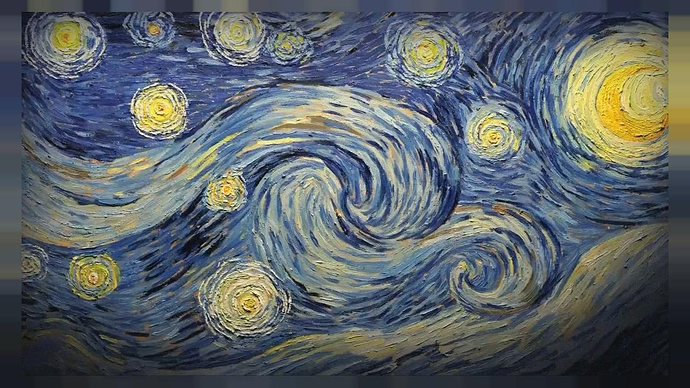 By the way, if someone has explanations, it interests me. Note : I’m situated in the coasts of Antarctica

I think the Van Gogh - patterns are swirls of sea-ice/water mixture in various stages of melting/refreezing. No idea what the Vietnam-features are, clouds are not an issue at C-band except for severe thunderstorms.

I am not an expert in oceanography, but i can give you my humble opinion.

In terms of your last two images, this pattern is a bit strange, the only explanation i can give is that, this pattern emerges potentially due to the underlying topography on that area. Sometimes, the offshore bottom topography is exposed on SAR images in the presence of wind. In order to validate that, you need to have bathemetric data and see whether the pattern you see on SAR image agrees with the bathemetric data.

My guess: rain cells.
There is a similar post here:

I am working with Sentinel1 SAR Data in order to detect oil slicks in Lake Maracaibo, an area with frequent and massive oil spills easily visible with optical sensors like Pan-sharpened Landsat8 Natural Color. In rainy season, this task is not so easy due to cloud coverage so this is my main reason to use SAR Data. I am using SNAP 4.0.0 tool to calibrate an VV Image and then using Sigma to detect oil spills in the SNAP MENU: Radar, SAR Applications, Ocean Applications, Oil Spill Detection bu…

There I provide a link to a paper that explains the physics behind this phenomenon and describes the different parts of the patterns you see. The abrupt change in backscattering in the bottom left corner of your first image is a giveaway. If you zoom out, the whole pattern may look decidedly round.

The Van Gogh patterns are indeed the result of new sea ice.

Well, At first time, I thought it’ll be a heavy rain, but if you go to your ROI , it’s between to delta river, that mean, beetween two river mouth you will find very probably heavy turbulents water, with alitle higher sea level, for this reason the backscatering signail is increasing, and this area appear “white”., in case you lookfor CHLa image of this area you will find very increae level and drawing similar figure like this.

Becarefull, it’s only my personal opinion, my goal it’s oil Spill at sea.

It is always difficult to conclude without ground truth and/or analysis with auxiliary data.

However, I think this is related to rain falls / downdraft associated to rain cells (convective rain) that are frequent in tropical areas.

You can refer to this for an explanation and some example (more specifically on page 368):

This is not directly related to the cloud itself… but to what’s occur below the cloud.