I’m new to satellite image processing and since few days ago I’m trying to understand as much as I can. My goal at the moment is to extract a large number of polygons from a GRD product but before reaching that point I’m facing a somewhat silly issue and I believe is because I don’t fully comprehend how the data should be processed.

In first place for testing purposes I’m doing a subset of the product that I initially downloaded, I do this because I don’t have enough processing power and my machine literally dies, so subsetting is a must step for me. Then if I tell SNAP to render a RGB image (taking the following components: Red = Intensity_VV, Green = Intensity_VH, Blue = Intensity_VV / Intensity_VH) I get this image: 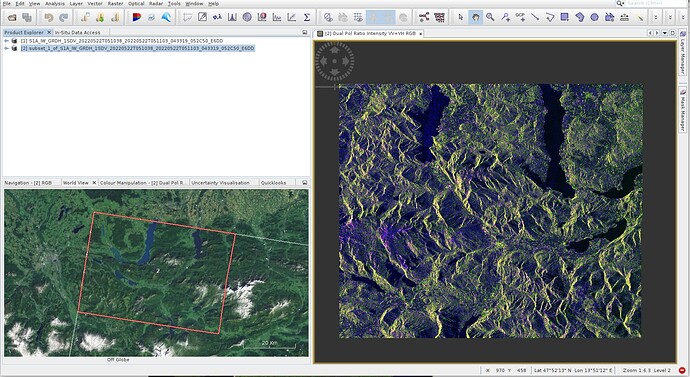 Which is not quite ok as the image seems to be mirrored in the horizontal direction. Then I decided to look up a bit of information about how to correctly get this and I found this post: https://forum.step.esa.int/t/sentinel-1-data-preprocessing/11576/27

In there, the user “ABraun” in his 12th post shows first doing a calibration and then a terrain correction. Note there how after calibration he actually gets the image vertically mirrored (similar to what happens to me the other direction). Then after doing a terrain correction the second image in that post message seems to be corrected as expected.

In my case this is what I’m getting after performing those steps: 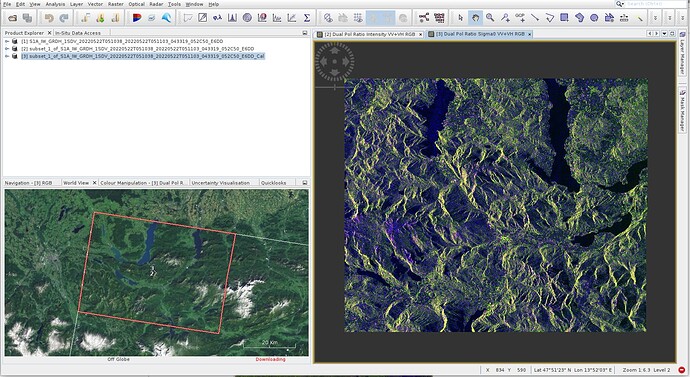 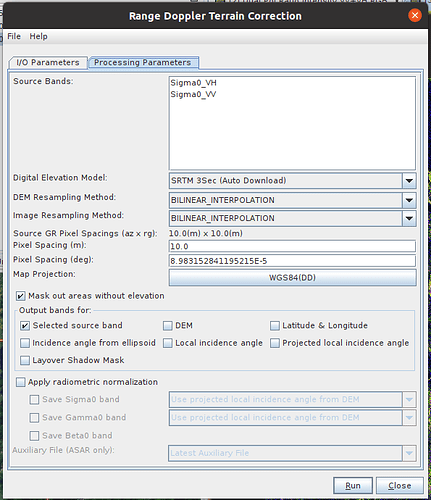 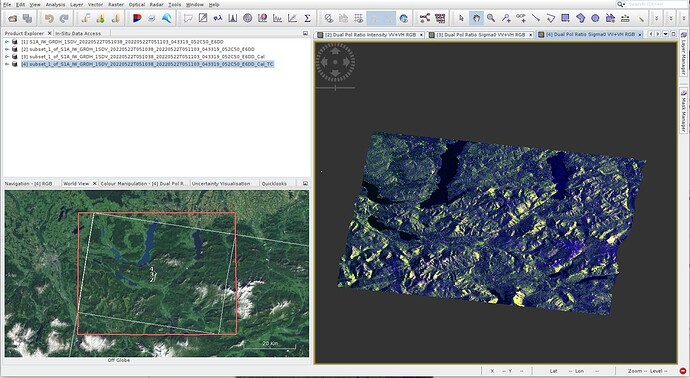 So, if I compare this final image with the second image from the post I mentioned earlier they definitely look different, mine looks like a different projection. I truly don’t know what I’m doing wrong but if someone could point me in the right direction much appreciated. I’ve also tried something different. From the “Graph builder” I do see a “Flip” operator (for some reason that I don’t know this operator is only available from the graph builder, at least in the snap version I’m using). So I added the operator and tried applying it to both the original subset and the calibrated subset products. This is the result: 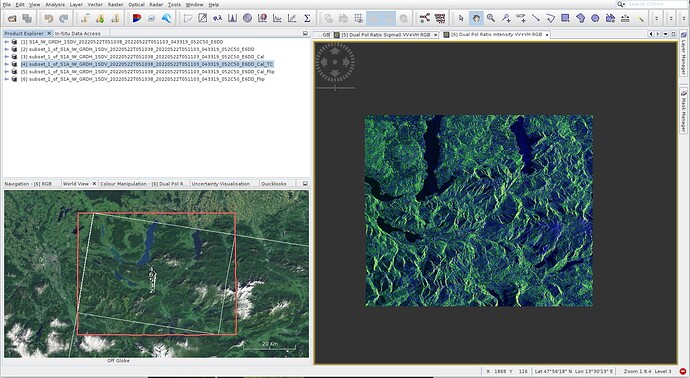 Now the image orientation seems to be correct but its pixel values look like inverted. At this point I don’t know what else to try.

Finally I’d like to ask a silly but important question to me (again, forgive my ignorance on the subject). What do actually each pixel from a GRD product represent? For example what information is a green pixel, or a dark or a blue pixel telling me? I’m asking this because I’ve read many things and definitions but I can’t find a clear, simple and concise answer.

Thank you very much for your help,
Lucas.

Terrain correction takes care of everything, there is no need to flip the GRD. Your selected map projection is WGS84, change it if it does not suit your needs. The Output after Step 3 appears to be correct.

Thanks @mengdahl. After much playing with the available projections from the “Terrain Correction” window the one that I was after was “Earth equal”.