Hello everyone! I’m planning out a processing workflow prior to receiving data, but have some questions on the order of operators and their effects. The data will be Radarsat-2 Quad-pol and Sentinel-1 Dual-pol. The preprocessing I’d like to perform includes:

I do not yet have the data , so unfortunately I can’t point to anything specific at this time. However, I greatly appreciate any clarification, and hope this post could serve as a general process-flow for others as well. Thank you!

This is how I process radarsat2, SLC in general, and it has worked well.

You definitely should do speckle filtering before orthorectification.

Thanks for your response. I use the python codes to get the ortho. (SLC . calibration. Doppler range terrain correction) which works well with SLC inputs (xml). Then i perform speckle filtering (e.g. Lee), then convert linear sigma to db, giving a water mask threshold to extract water bodies.

I dont see any reason which the filtering must be done Before the TC since still pixel values are in linear when the filtering is performed on. If not, plz explain what will go wrong in the processing steps above?
Thanks

It’s a general principle in SAR image processing that orthorectification/projetion to map coordinates is the last step one should do.

Lets say i am modifying the steps to this

Slc. Calibration. Speckle filtering. Doppler range TC.
Following that there might be necessary to use some other filtering options on ( in case of water mask extraction). Can’t we perform any other filtering after TC so?

Well, it depends. If you’re doing radar-specific things they should be done in radar-geometry with the original SAR images statistics still intact. What kind of filters do you have in mind?

I am wondering whether I can skip the speckle filtration since later after TC and doing some texture analysis on TC, I will perform some other filtering on 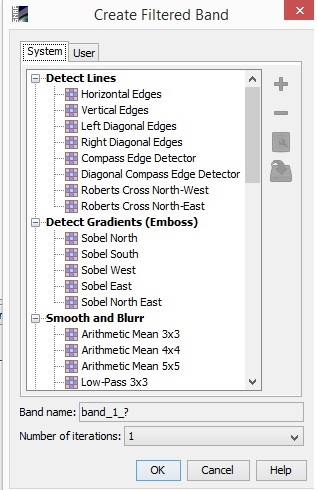 Maybe you can skip it, I’d recommend that you try both options.

I personally experienced better (more variable) texture results if no speckle filtering was applied before.

This is also reported in some studies:
The effect of speckle filtering on scale-dependent texture estimation of a forested scene
Texture based classification of multidate SAR images ‐ a case study

Thanks for the input so far. I’ve come to the understanding that RDTC does not include RTF, and vice versa, and that orthorectification (RDTC) should be the last step.

Where in the workflow should terrain flattening be performed? Before/after speckle filtering? After polarimetric processing?

Yeah, I agree. That s why I wanna avoid any filteration on the sigma naught values. After TC, Texture analysis would clean the image significantly with no need of filtration in most cases.

Why do u want to use " terrain flattening"? Any particular reason behind it?

A lot of times the imagery I will be working with will come from regions with complex topology, and I am trying to study the vegetation (biomass levels) in these areas. I was under the impression that without performing terrain flattening or some form of radiometric terrain correction, the results will be biased due to the influence of topology on the backscatter signal (see Small 2011 in the documentation for RTF tool).

I personally love Terrain Flattening as it really reduces the influence of topography on backscatter. Instead of working with the incident angle, Terrain Flattening makes use of the illuminated surface area of each pixel. Based on my experiences it works way better than just the normalization by the RD Terrain Correction.

It reduces the ‘plastic’ look of SAR images but what remains is the actual backscatter caused by surface roughness, moisture and objects.

Here are some really nice comparisons:

This is the original publication by David Small:
Flattening Gamma: Radiometric Terrain Correction for SAR Imagery

Do you have a suggestion as to where in my workflow it is best to perform this step, or does it not matter that much?

Thank you! If anyone has an argument for a different order, especially in the context of polarimetric processing, I would love to hear that or view any literature you have on it as well.

For others who are interested in this topic, my workflow (adding in polarimetric processing) is looking like:

talking about polarimetry it could be different. Terrain Flattening requires Beta0 as an input. But, according to my understanding, polarimetry only works on the i and q parts of the image. I’m not sure if it can be done in SNAP as it is suggested in the PDF above.

Do u think the terrain flatterring also works for the water mask studies?

And a quick Q which is not related to this subject (sorry), do u know by any chance how to independently save “a virtual band” obtained from a bandmath as geotiff?