Hello,
if I specify a DEM in the L2A_GIPP.xml config file and then run sen2cor a fatal error occurs. It seems it can’t recognize the gdalwarp command. Any idea?

Thank you in advance
Regards
Gabriele 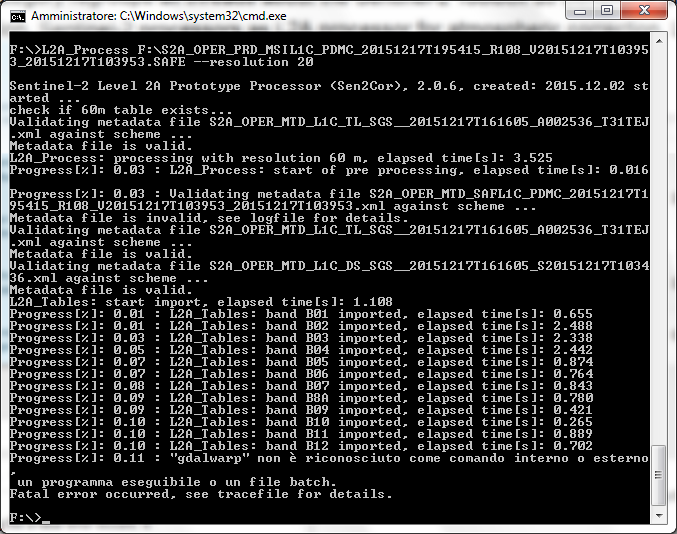 i encountered the same problem. I took a look at L2A_Tables.py and as far as i understand, the function gdalDEM() is trying to call gdal from shell (Lines 1000-1004):
callstr = command + arguments + srtmf_src + self._DEV0 if(subprocess.call(callstr, shell=True) != 0): self.config.tracer.fatal(shell execution error using gdalwarp') self.config.exitError() return False
sen2cor is downloading dem data from the server to SEN2COR_HOME\dem and unzipping is working too.
It seems there are some problems for sen2cor to access my gdal library giving the fatal error “shell execution error using gdalwarp”
sen2cor is running without Terrain Correction on 20 and 60 m resolution.

Any ideas on how to solve the problem?

Thanks in advance
Chris

Hi,
I think this issue was identified as a problem by the developers and hopefully will be solved soon. Please take a look at this post:

Thanks for the hint Gabbro. Seems like i missed that one.

Hello,
the problem with DEM is in system because on my first computer everything works fine but second it doesn’t work. On every computer I have windows 10 ;]

Hi,
i think i found (with my friend) solution for error in command line using DEM “shell execution error using gdalwarp”. I don’t know why but when you install sen2cor program doesn’t indicate where is the path for gdalwarp.exe file(it affects only part of computer Not at all). We have to show where is gdalwarp file. I prepared short guide how to do that. I hope that it will be helpful for you. It is for windows 10 64 bit system but i think it’s similar for windows 8.

Hi. I have find an error related to “gdalwarp”, so I have applied the solution from the guide, but the error still occurs. When processing using DEM (SRTM, by default), Sen2cor answers: 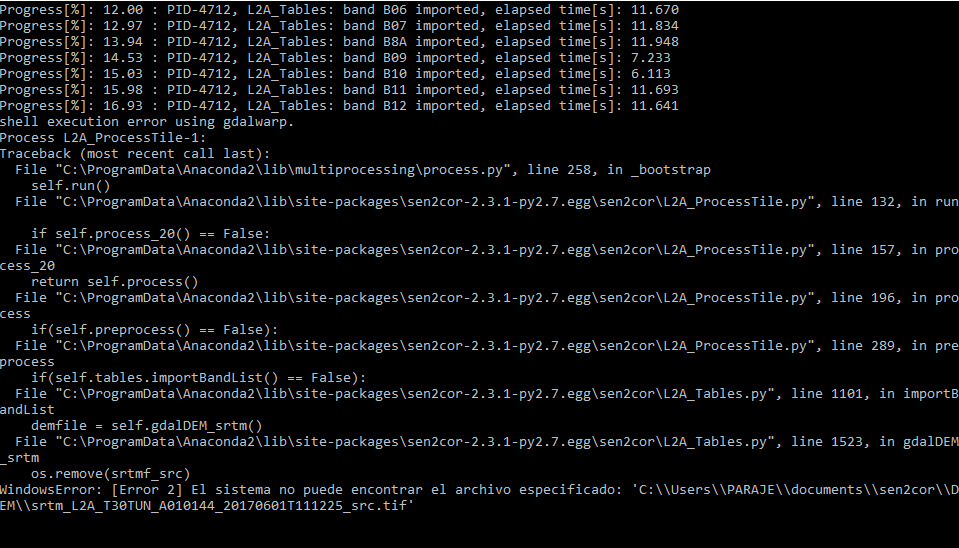 Someone have a solution?