I processed some S1 SLC data focusing on a Corn field. I chose 3 different period (June 2015, July 2015 and Jan 2016) in order to see how the sigma0 backscattering changes. I worked out some density plot in R. 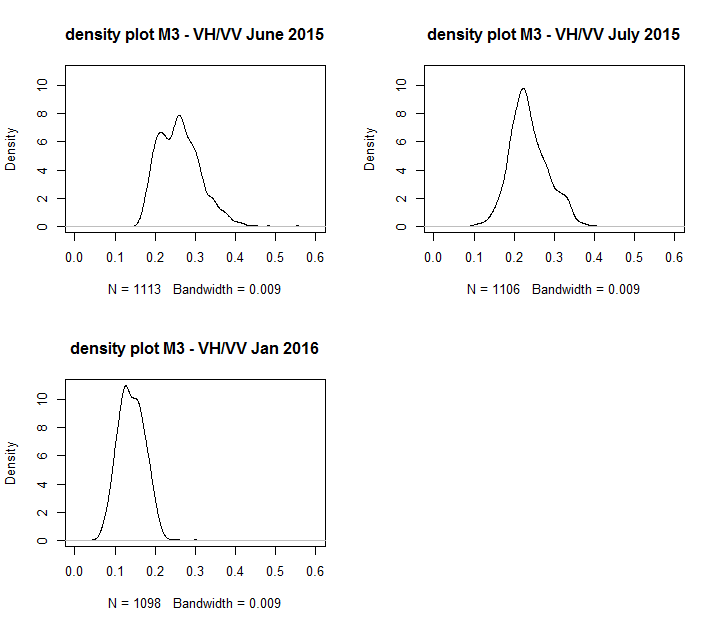 Could someone help me understanding these density plot? Basically the growth period for Corn starts from May/June until Nov…so outside this period there isn’t vegetation cover.

Are you inspecting a single pixel? I am a bit confused about the unit of the y-axis as it only ranges from 0 to 10.
Edit: You probably used something like this. I am not experienced with this kind of plots, sorry.

Did I get it right that you are inspecting a band where you divided HV by VV to get their ratio?

Looks relatively fine. At the bare soil stage (Jan 2016) the ratio reflects that you have a bare soil, i.e. low VH vs VV. At vegetative stage there is a smaller ratio, because leaves lead to relative higher VH contribution. One would not expect a lot of difference between June and July, assuming that in June, most of the corn canopy is closed (depending on where this is, but I assume Northern Hemisphere, warmish climate).

Does density stand for pixel count? What does bandwidth mean? N is the number of SLC samples, I guess, which means you have high speckle noise. It would probably be better to upsample intensity to 20 m to reduce speckle (or use a speckle filter on the intensity images before extraction of the field values) and get thinner distributions. 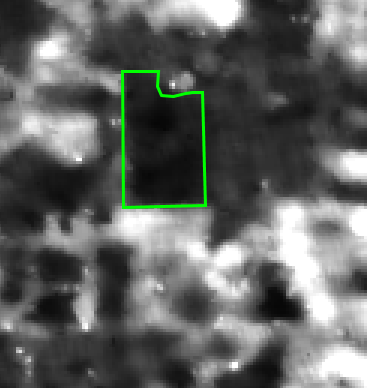 and what information are you trying to retrieve from the density plot?

the explanations of glemoine make sense to me. Wouldn’t it be easier to just inspect vv or vh alone? Ratios are hard to read sometimes.

you are right about the density. In regarding to the bandwidth, it deals about the smoothing (look the screenshot).

N is the number of pixel.

“It would probably be better to upsample intensity to 20 m to reduce speckle (or use a speckle filter on the intensity images before extraction of the field values) and get thinner distributions.”

What do you mean? I’ve already run the speckle processor… here you can see what steps i followed:
1)Split
2)Orbit
3)Calibration
4)Deburst
5)Multilook
6)Speckle
7)terrain Conversion

I worked out VH and VV density plot too and these are the results: 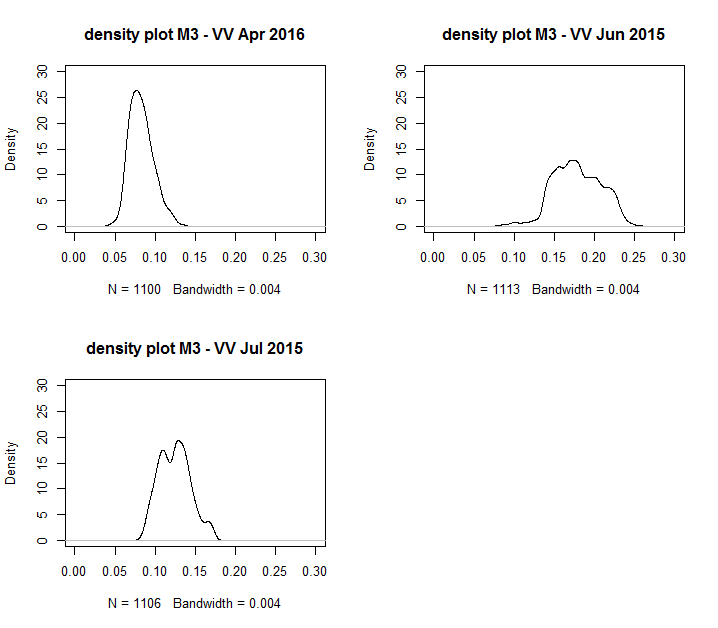 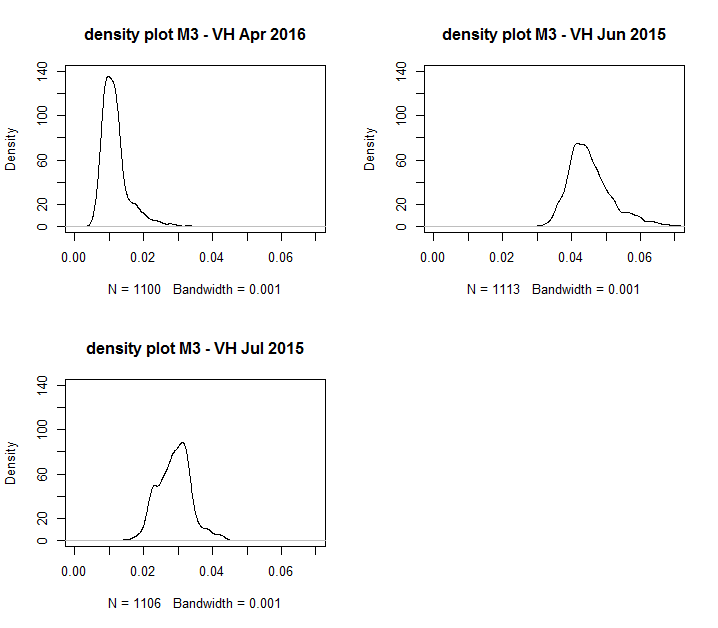 What I’d like to know / understand is how the backscatter changes during different phenological phase of the corn.

Ok, I overlooked that. In fact, your histograms show that the distributions are already relatively narrow, due to your multi-looking and speckle filtering. I normally work with a single mean for a parcel, and in dB, as most of the distribution is normally related to (deterministic) speckle. I check the non-speckle filtered ratio of variance/mean for the field to see whether it is homogeneous, i.e. “pure speckle” and not due to additional in-field variation. If one’s lucky there may be some coincident S2 data to check.

To understand the variation in your (3) data points, it would be useful to know the crop stages for corn. It seems obvious that in April, you’re looking at a bare field, in June you probably “see” mostly the leaf canopy, but possibly also some part of the soil, i.e. if the crop is not yet fully closed, and then in July, you probably have a fully closed crop, possibly with elongation of the ears. In case you have location, any ground truth and exact dates of the acquisitions, it would be easier to guess. 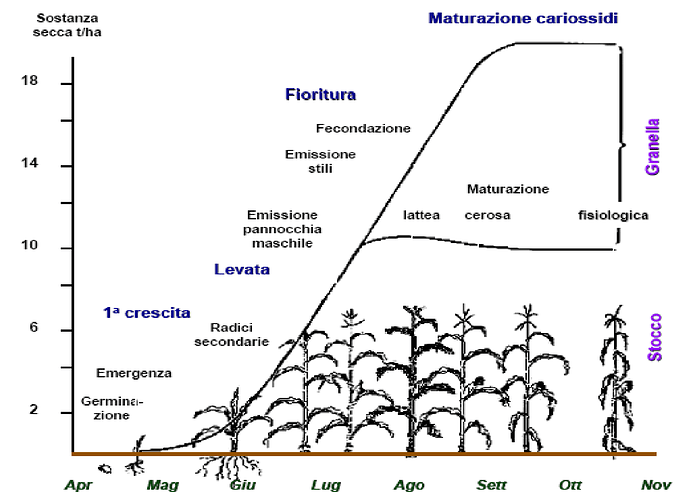 So do you suggest me working out the sigma 0 VV and VV dB ?

Post the centre coordinate of the field, and I will post back the backscattering signature for VV and VH. Looks like I was right about the growth stages. 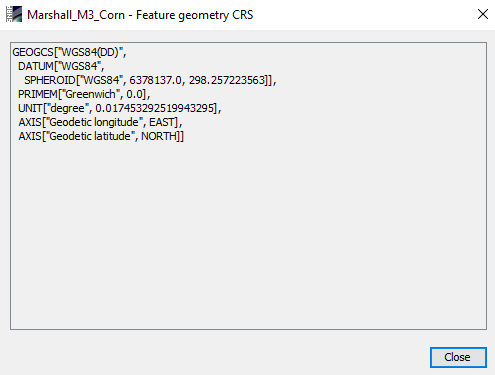 Do you mean this?

No. The geographical coordinate(s) for the field location, i.e. either the center point or the polygon outlining it. Maybe you have it as KML in Google Earth, shape file in ArcMap, GML in QGIS, whatever.

I am new in SAR image analysis. I want to create time series graph of different polarizations. (VV, VH, VH/VV, VH-VV etc.) I can only select VV or VH on the filter, but I want to create different combinations of VH and VV.
How can I create time series of VH/VV ratio? I already created VH/VV bands by using “Band maths” option but when I try to visualize backstatters of time series, only VH or VV options can be selected in the graph filter.

if you create bands with band maths they are virtual in the first place (not written on your hard drive). Right-click > convert and then save your image by File > Save Product to have it permanently written. It will then be available in the time-series tool in the filter

option.
I haven’t tested it but I remember that I did something similar once.

Thank you, it worked.

One more thing, there is something I couldn’t understand. I read an article and its name is “Understanding the temporal behavior of crops using Sentinel-1 and Sentinel-2-like data for agricultural applications” by Amanda Velossa et al. They used VH/VV ratio but it seems they actually used VH-VV. See below:

How this can be possible? Am I missing something?

I have not read the article but I guess this is due to the relationship between linear and logaritmic
A ratio in linear is translated into a substraction in dB scale. Note that the figures in your post are in dB scale.

I hope this helps

I had the same thought:

Thank you very much to both of you.

absolutely. Have a look here: Crop monitoring and yield mapping with sentinel 1

I tried both importing as a shapefile and drawing a polygon as vector data but It doesnt work at all. It only visualizes the cursor’s backscatter values when the curser is on 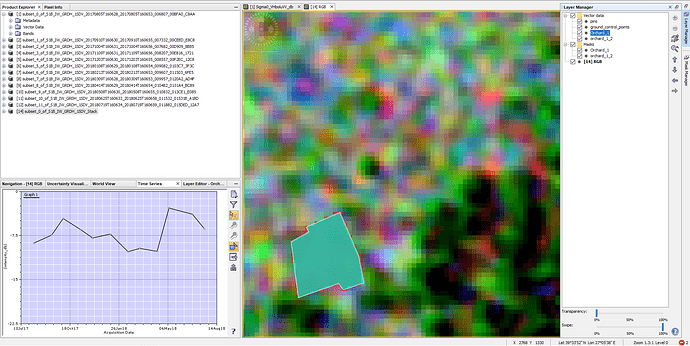