Why the deburst with SNAP is required only in the SLC products but is not required in products GRD?

I read this page,
https://sentinel.esa.int/web/sentinel/level-1-post-processing-algorithms

For IW GRD product the deburst is done before, is it right?

S1 IW is taken in three sub-swaths which consist of several bursts:
https://sentinel.esa.int/web/sentinel/user-guides/sentinel-1-sar/acquisition-modes/interferometric-wide-swath

These bursts need to be merged together by the Deburst operator.
For GRD data this has already be done.

But, for example, when I open S1B_IW_SLC__1SDV__…6A78.zip
there are only 18 images (including virtual intensity bands), why?

What you see after opening are three sub-swaths in two polarizations. The intensity images are a logical expression derived from imaginary and real parts of the scattering matrix (i+q). 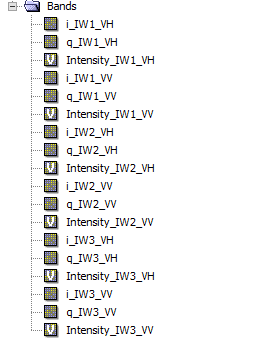 Each of these sub-swaths consists of nine bursts:

These bursts need to be merged with the deburst operator. If you directly download the GRD data this is already done.