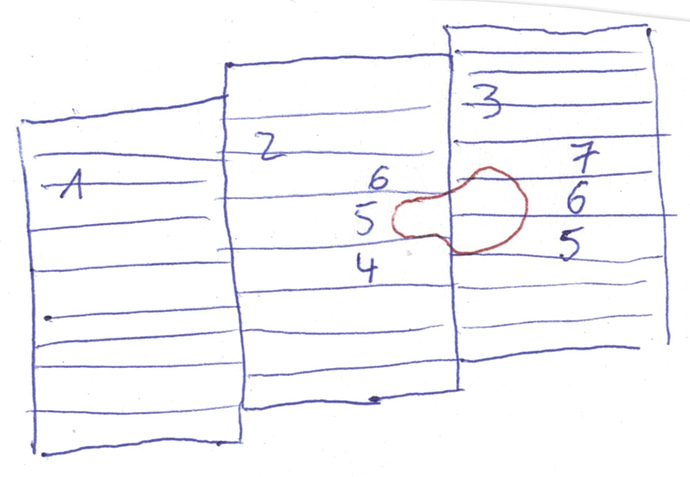 (sorry about the quality of the sketch)

Accordingly, the TOPS coregistration module won’t work as it only takes one subwath.

When I split and merge the images seperately and create an interferogram, I get horrible phase jumps. 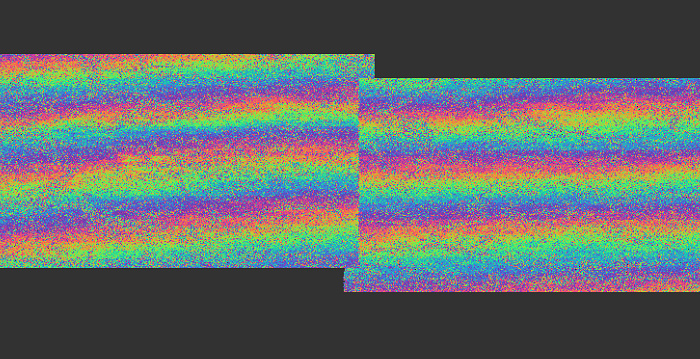 Is there a way I can coregister the images without processing (debursting) the whole scenes?

But why you don’t process the Sub swath 2 burst 5, Separately and the same to the Sub swath 3 bursts 5 and , 6 and 7 in an individual processing chains, and then create mosaic, I think this is the easiest way to skip the processing complications.

at which step do you think it is best to mosaic in order to preserve best phase information?

As I mentioned complete the two parallel processing’s chains until reaching the unwrapped phases of both results and convert the phase to displacement, then create the mosaic

And my answer is I have no idea about your study area and this is important, also in this case to avoid the problematic issues especially in the neighbors area, I’d suggest process the sub swath 4,5,6 and their opposites sub swaths together, Finally aftermath getting your DEM, subset the area of interest you’d like to work in.

sorry, I should have pointed that out. Actually, a nice interferogram (and a coherence image) without phase jumps would be sufficient at first.
My study area is in a very arid region in Mai with low vegetation cover. So actually quite suitable conditions for interferometry.

I now debursted the full scene and made a subset. Takes longer but better handles the sub-swaths.
Thanks for your suggestions and comments, Falah!

excuse me sir
how you extract your study area on the burst and subswath?

with TOPS Split Operator: The Order of DEM Creating Steps

thank you,but it is not clear to understand my area is in 1 subswath or 2 swath
is any exact method to extract it?

I see you had merge problem,can you find a solution for it?
in which step you i should merge images?

you can open the different sub-swaths in SNAP and check visually. Or you open the kmz file in the preview folder and have a look at the area in Google Earth. But it is not geocoded very well.

I also have a region that I need to create a DEM which overlaps swaths IW1 & IW2.
Furthermore, I also wish to process only the subswaths of each swath that contains my ROI
I have read the posts above, however I am still confused on the process.

Could you please check my workflow:

Sorry, I’m not experienced with analysis of two swaps and am not sure ar which step the merge should occur ar best.
I would test it directly after the TOPS coregistration step. What happens when you apply Merge after debursting as you suggested.

Just a remark on DEM generation. The results are often very bad compared to freely available DEMs like SRTM or AW3D30, despite of the higher spatial resolution, because of temporal decorrelation over vegetation and atmospheric artefacts.

Use image pairs with a temporal baseline as short aa possible and a perpendicular baseline larger than 100 meters. Also, avoid data from rainy days.

@ABraun thanks again for the speedy reply and clarification

This is what a profile of my DEM vs SRTM looks like: (elevation and distance in metres) 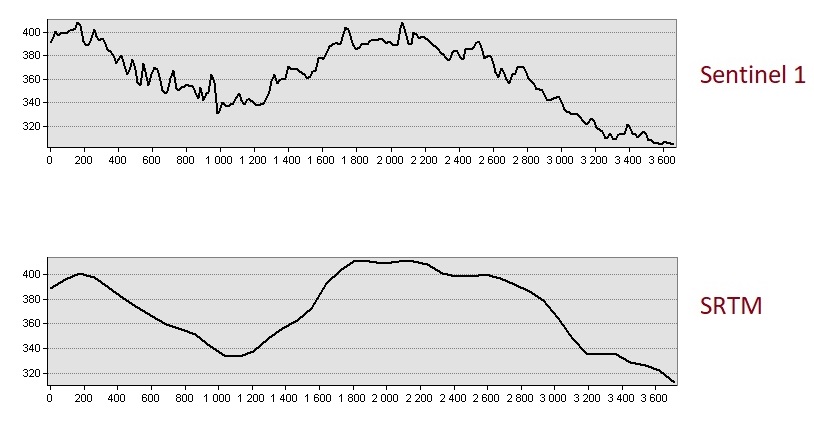 Here is my DEM. I do not understand why it looks like this 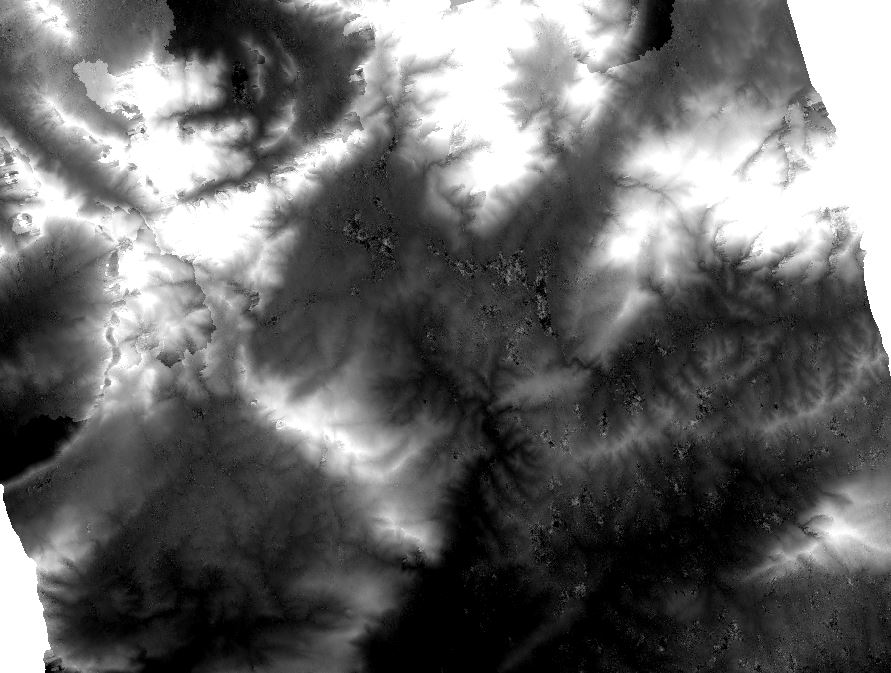 This is the coherence: 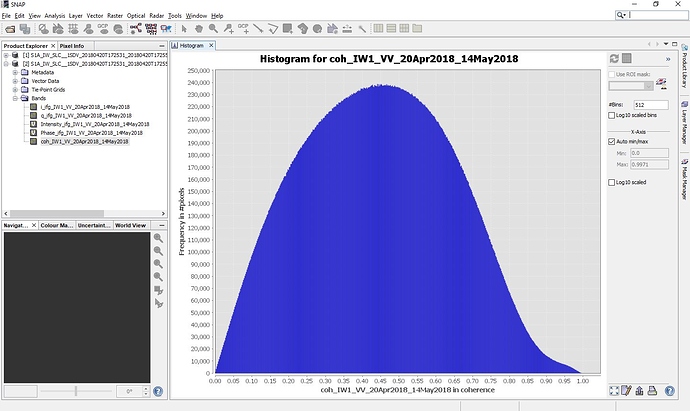 When you say that the results are often bad, is this what is generally obtained, or should I see if I can get better results?

not bad! You already did anything to create a good DEM (baselines, data…), there is no bad trend in your data and the overall elevations seem very reasonable. I just gave these hints because many people expect any SAR data pair to produce flawless DEMs without knowing about the error sources.

I see a few unwrapping errors in the middle left. Maybe you can try unwrapping again with SMOOTH instead of TOPO but I can’t promise that this will solve them. But you can simply copy the exported folder, change the snaphu.conf file directly (open it with a text editor) and run it again.

For a Sentinel-1 DEM this is fine I would say, most others I have seen are way worse. Another successful example: The Order of DEM Creating Steps

Thank you @ABraun! All your help is much appreciated

I will try unwrap export with Smooth.

One last question, please. How does one visually identify unwrapping errors?
Also could please let me know if you are referring to the region within the red circle (below). It is a reservoir: 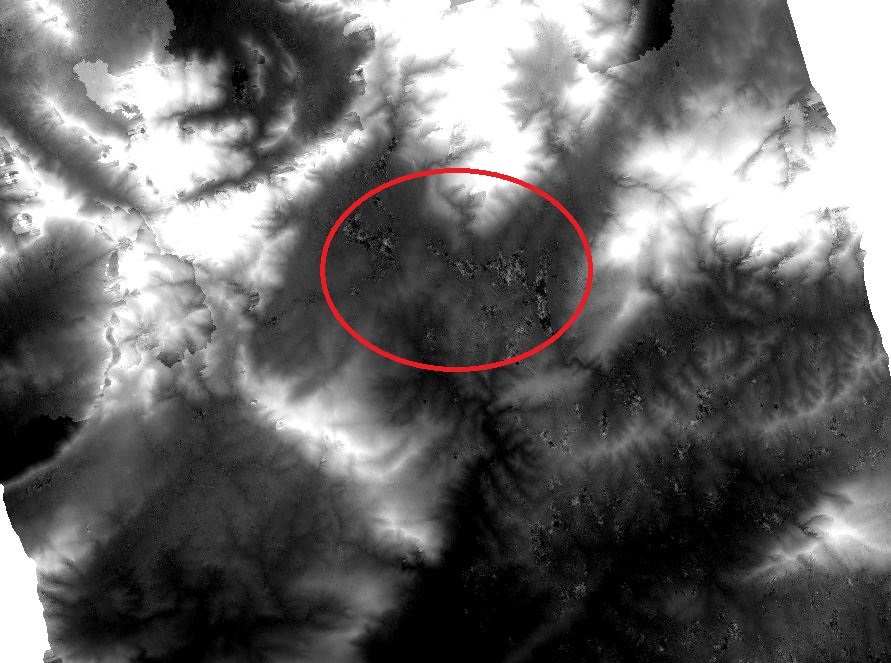 the errors you highlighted are probably because of low coherence in the valleys (wetlands?).
Unwrapping errors are unnatural phase jumps such as here: 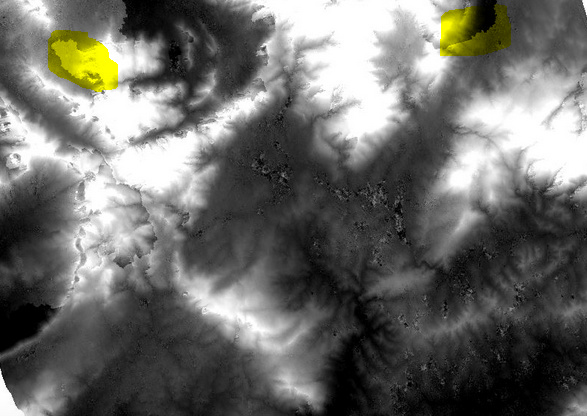 @ABraun Ok, I understand. Thanks again.