Which is more viable to merge first?

it seems that S-1 TOPS merge works only for two images and I have created 4 separate interferograms from two sub-swath because my system can barely handle working on more than 2 bursts for interferogram creation and unwrapping. Should I recreate the the interferograms but with more bursts to eventually end up with merging only sub-swaths instead of merging bursts and sub-swaths?
What about the overlap area -which I am sure it was produced upon S-1 TOPS debursting- and what if my study area lies somewhere in the red circle, will the merging cause any sort of distortions that may render the interferogram unusable? 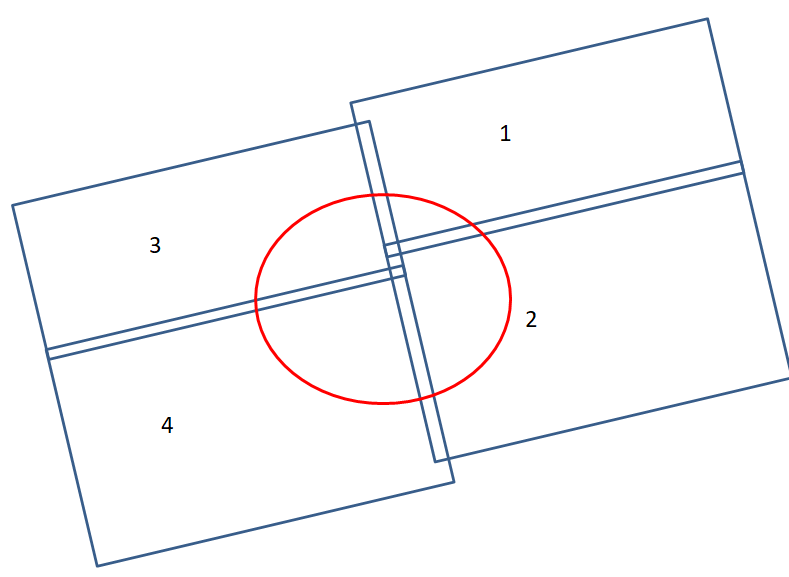 But I’m not clear about the order, especially when you want to coregister the data.

Do you really need an interferogram over such a large area? Regardless of phase jumps at the image borders, it is unlikely that you have suitable conditions with high coherence over the range of 500 km.

Besides that, unwrapping will probably take years and create massive ramps if you don’t multi-look to a lower resolution.

All bursts can be considered separate images. Slices are generated in the ground segment to chunk the data-take down to more manageable pieces - they are not fundamental in the sense bursts and sub-swaths are.

Since the LOS changes slightly at burst boundaries and more at swath boundaries, discontinuities are created if there is deformation in the area. This is signal and not an error.

I would say only pick the bursts you absolutely need in the beginning and see what happens at the intersection of 1,2,3 & 4.

I appreciate your precious time. It appears that I must perform the TOPS Slice Assembly before the TOPS Merge otherwise an error [NodeID: Slice Assembly, NullpointerException] occurs. The study area will not be as large.

So I thought I’d take a general look at the entire scene and how the fringes would be distributed (if they were obvious at all) but I had no clue of potential discontinuities upon the transition from one burst/sub-swath to another.

I was also wondering what will the situation be if our attention goes to an area where so many overlaps exist in between sub-swaths.

if these are somehow spatially clustered, I would rather recommend to investigate local deformation based on subsets instead of an entire region at once, because I think this is rather prone to errors.

I would rather recommend to investigate local deformation based on subsets instead of an entire region at once, because I think this is rather prone to errors

So the best course of action during interferogram formation, and especially phase unwrapping is to operate on smaller regions and preferably 2 bursts at a time. isn’t it ?

So the best course of action during interferogram formation, and especially phase unwrapping is to operate on smaller regions and preferably 2 bursts at a time. isn’t it ?

well, if your area is bare of vegetation and there is little atmospheric disturbance, you can technically unwrap large regions, but the more noise is in the area the higher are chances of unwrapping errors.

How about sharing some screenshots of your data? It’s hard to talk about this in theory because every case is different.

Here’s another screenshot where I applied coherence masking to the uwp. 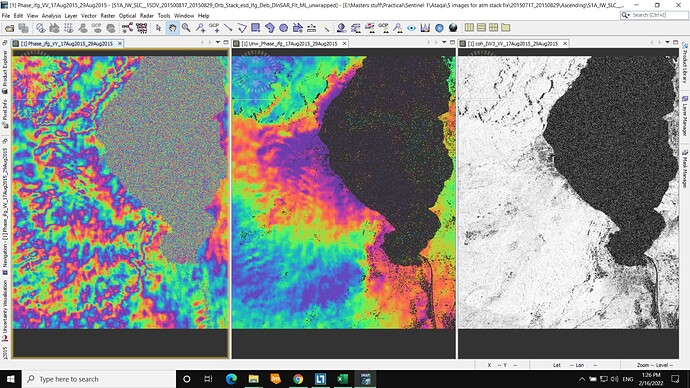 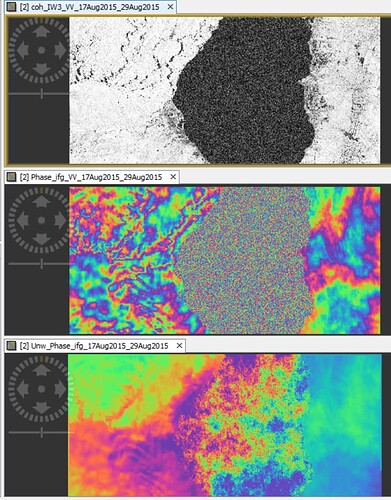 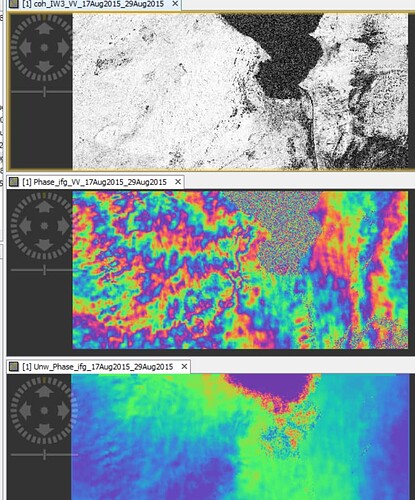 they look good to me. There are some fuzzy areas because of atmospheric impacts, but the unwrapping follows a clear pattern