I’ve find a bad performance for the Wind Field implemented in S1TX.
The magnitudes values over 20 m/s became saturated and all values are set to that limit.
Looking for the documentation, I saw it its outdated, mentioning only the ERS and ENVISAT.

Question: Is the algorithm adjusted to use with S1 data?

I have read that the developing team has quit the developing of Wind Field algorithm for SNAP. Why?!?
The S1 L2 ocean data available at Scihub by now only comprehends the Wave Mode.

Yes, the CMOD5 was implemented for ERS and ENVISAT. It doesn’t take into account anything different for Sentinel-1.
Do you have a reference paper on what adjustments should be made?

Thank you for the attention, Luis!

Does anybody know where the example from the help file is located and which sensor was taken? I’t like to reproduce this result but can’t think of where and when it was acquired. 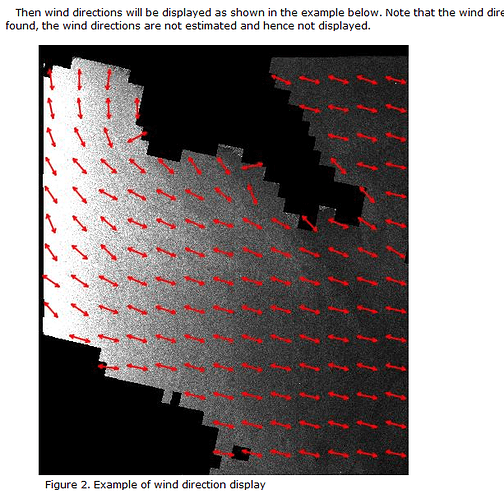 another thing I noticed: Exporting the wind field vectors as a shapefile as suggested here by @lveci always gives me the error shown below. I used various scenes of ENVISAT ASAR 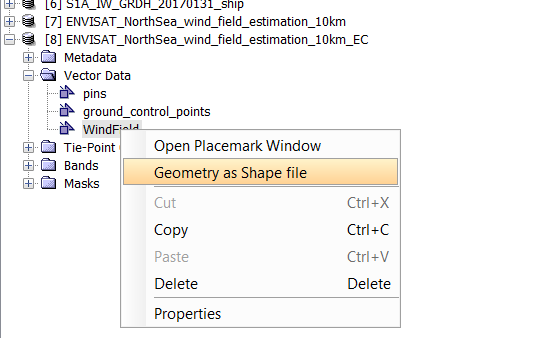 I’ll look into the export problem.
Thanks