Opportunity for scientific use of PAZ data

Just for information for anyone interested in making application for scientific use of PAZ SAR data (the third satellite of TerraSAR-X constellation - https://directory.eoportal.org/web/eoportal/satellite-missions/p/paz).

One could apply here - http://www.inta.es/WEB/paz-ciencia/en/announcement-of-opportunity/ 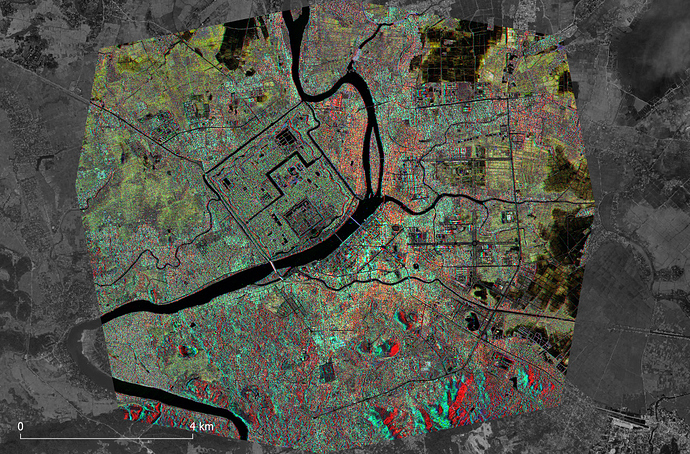 thank you. The data quality is great, as expected, as it is almost identical to TerraSAR-X SL data.
I was granted 24 products both ascending/descending and small/large incidence angles and try to find out which configurations (and threir combinations) are the most valuable for the mapping of buildings and urban flooding.

This is the coherence [0 - 0.75] in ascending (top) and descending (bottom) direction, both at around 25° incidence angle. As soon as I get more images, I will be able to analyze how the incidence angle affects backscatter and coherence of the urban area. 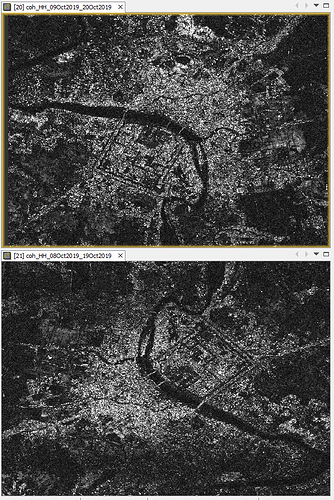 Are the products in SLC format?

there is no absolute limit (the higher the better), but besides high coherence, what is more important is the availabiliy of good coherence over wide areas, and not just single patches), because this is needed for the later unwrapping.
But I think this discussion does not belong in here.

@Oliverius I suppose 0.4 for coherence could be fine. You can also experiment with BandMath setting different values for coherence masking the unwrapped image.

I have 24 images and calculated coherence between all possible combinations. Most of them look fine and the temporal baseline obviously affects the coherence patterns (stable over urban areas, rapidly decreasing over natural areas) 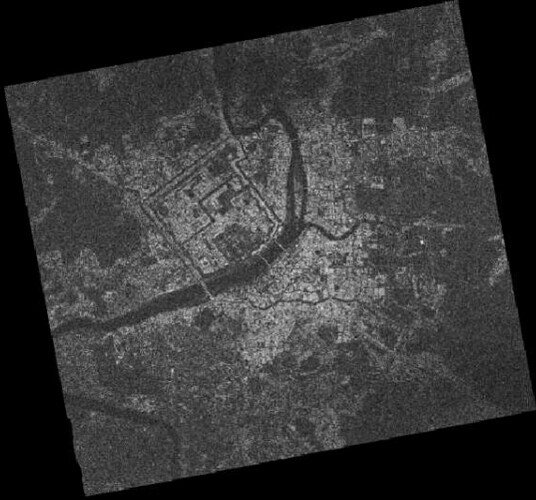 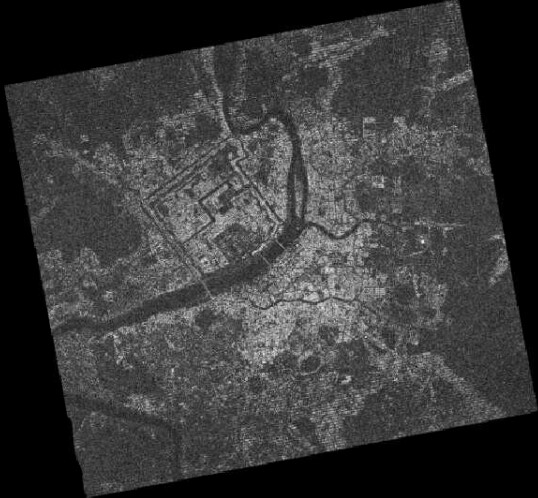 However, all pairs related with one particular date have strong errors in the coherence, either expressed by systematic stripes or even no coherence except for a stripe in the center of the image 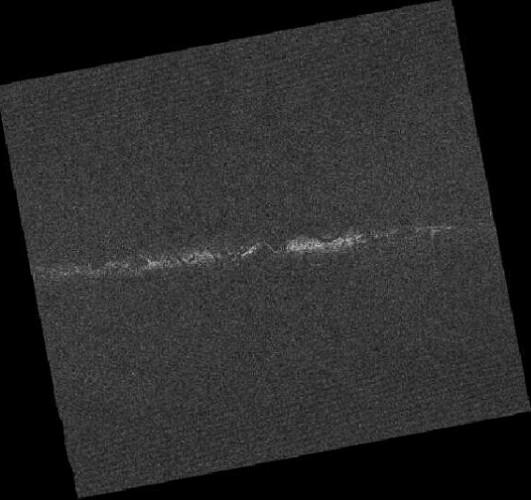 I don’t know how I can cope with this. I tried to increase the number of CGPs for the coregistration and also removed the topographic phase during coherence estimation, but the results were largely the same.

Does anyone have an Idea how I can deal with this faulty date? Its backcsatter intensity looks alright.

You should contact the satellite operators to see if there is something non-nominal with that particular acquisition.

yes, I’ll probably do that, thank you.

I managed to get it slightly better by changing to bilinear interpolation and increasing the row interpolation degree, but there’s obviously a systematic error to this scene.

It’s a shame. The link is broken.

yes, the announcement has ended over one year ago.