Similar to the question by @geosgoos, I noticed a color difference between Sentinel-2 L2A imagery. 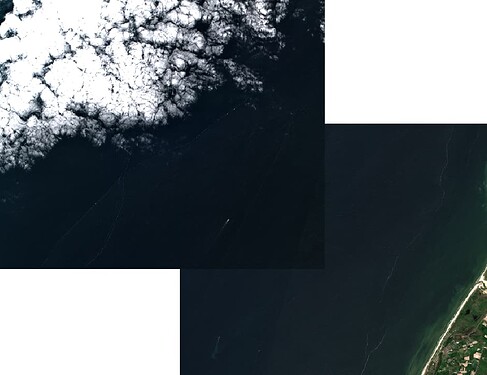 image939×722 42.6 KB
This is not due to a difference in stretching in QGIS, the pixel values are different. The difference is the same in the 20m and 60m versions.

The difference is in the individual bands as well, as can be seen here in band 2. The viridis colorramp is fixed between 0 and 3127 for both images. 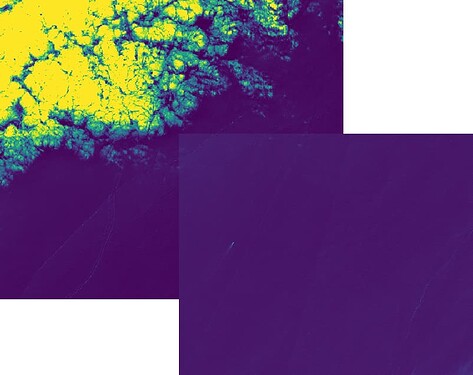 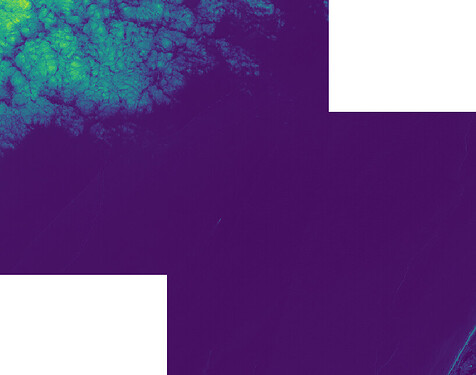 Any clue on where this effect is coming from?

Your question, I think, contains a typo since the first 2 products cite are identical - and so not ‘overlapping’.
NOW FIXED - Thanks

Take a look at the 4 tiles (TCI) below 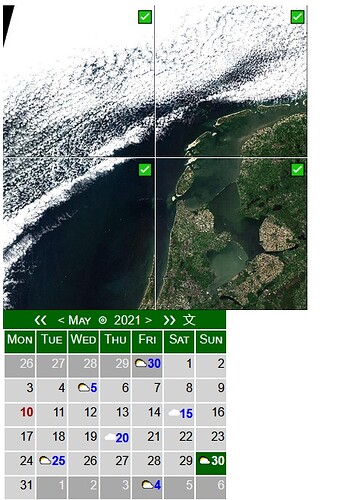 Tile T31UEV (top-left) is entirely over sea
Tile T31UFU (bot-right ) covers much land.
The L2A product is calibrated for land use applications - not sea-use.
In particular pre-designated dark objects are used as ground truth - which are not present in the sea.

Thank you for this important hint, @gbrelstaff.

Initially I suspected the unavailability of the DEM over marine surfaces. On the terminal, sen2cor reports: Sen2Cor (rugged terrain). Interesting that the Netherlands are rugged terrain, but okay. For the darkser (sea) tiles this message is followed by Quasi-flat terrain (slopes below 6 degrees and max height difference below 300 m). However, a quick experiment showed that the difference remained when reprocessing the tiles without a DEM.

In this case I am trying to get an appealing visualisation. However, this is important to consider the difference between tiles in overlapping areas if one merges tiles to analyze a larger region.

Probably good news, the release notes of Sen2Cor 2.10 mention this issue, and the mitigation measures introduced in 2.10:

Improvement of Atmospheric Correction: In case of missing dark dense vegetation pixels (areas like deserts, snowy or ice landscapes, water only regions) to perform the aerosol estimation retrieval, Sen2Cor can use aerosol estimate from meteorological CAMS auxiliary data (read from L1C AUX_DATA), leading to a more consistent aerosols correction over the complete datastrip.