I have noticed some minor things which I list below. None of them are urgent but maybe they can be fixed some day :

Thanks a lot for this compilation.
I’ve turned them into issues for our issue tracker.

Regarding #5.
Can you tell how you have renamed them? Simply by the properties dialog or was it done by a tool?

thank you for the reply. I renamed them by right-clicking > properties and edited the name there and saved the product. Is there another way to do it?

Ha, now I see. You actually wrote it already. Sorry, overlooked it.
No, this is the right way. But some tools rename the bands too. That’s why I was asking.
Is no error message shown?
I just tried it on a S2 MSI images and it worked. So I wonder which product you have used. Maybe it has some speciality?

it is actually just Sentinel-1 data which I renamed after calibration from
Sigma0
to
S1_201701014_VV
for example. Yet, the Sigma0 raster remains.

Luis commented the issue regarding the coregistration:

This was done on purpose. It takes considerable time to read the products and retrieve the information when there is a long list of products.
There is the refresh button which can populate the information.
Some UX work could be done to inform the user that the information could be populated on request.

Consider it done in this case

I just use this topic for another suggestion:

In the Terrain Correction step, there is the option to put the used DEM in the output product as well, which I consider useful for many cases. However, as it is just named “elevation”, it is repeatedly being misunderstood as the elevation information extracted from radar interferometry. Here, TC is the last step to be applied and the output contains
elevation_VV (renamed from the elevation generated by the “phase to elevation” module) and elevation (as additionally written from the Range Doppler Terrain Correction). 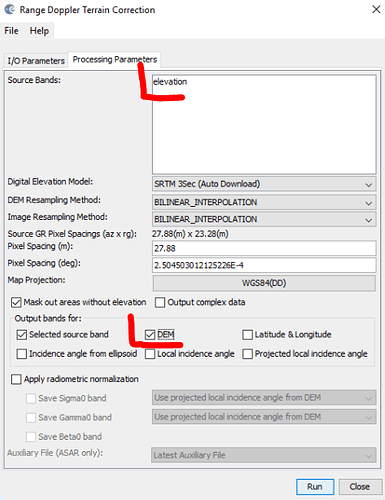 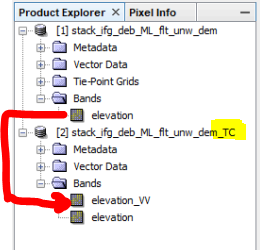 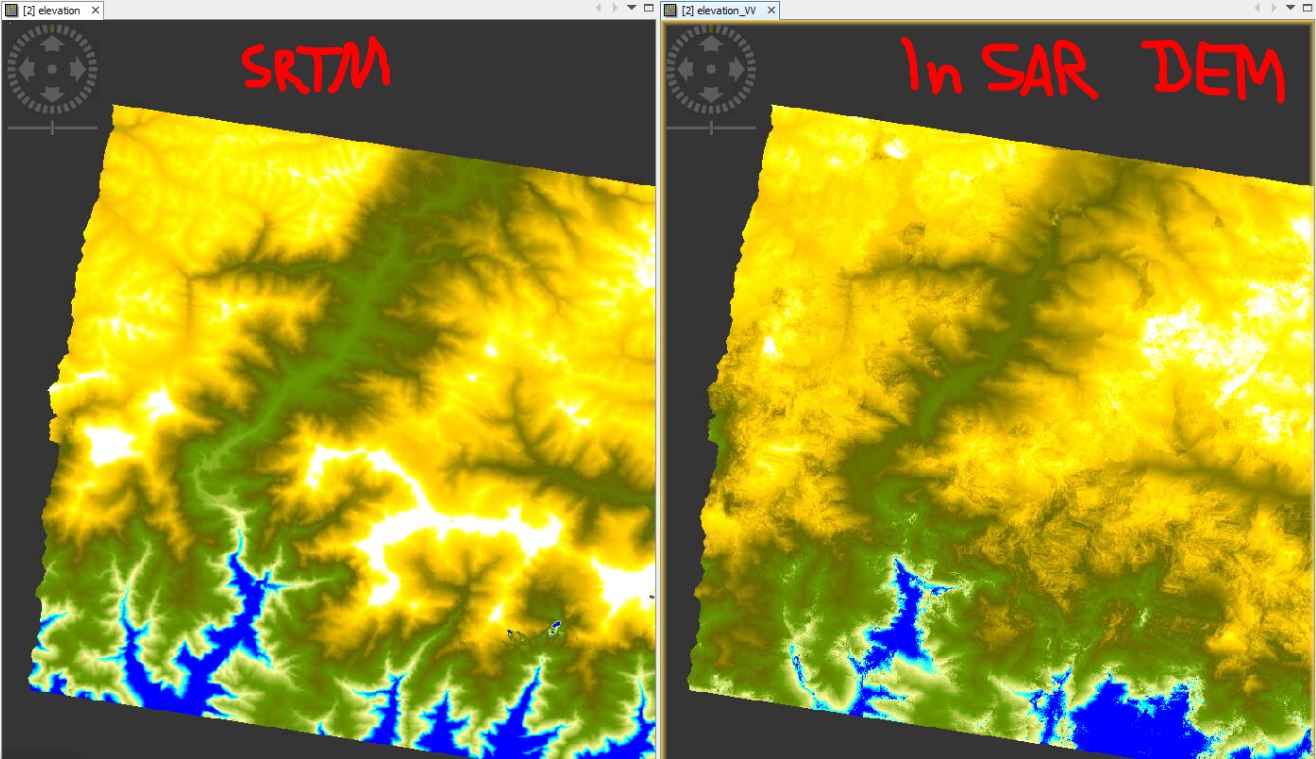 One solution would be to name one of these bands more clearly:

The first option would be the more clear, the other probably easier to realize.

Two examples where the SRTM elevation is falseley understood as the InSAR result:

I don’t know where this idea comes from, maybe an unclear tutorial. An experienced user wouldn’t struggle with it but it would increase understanding of the difference of both products.