I chose my area (figure1) and I downloaded them and based on the link you sent me, I should put them in below folder (figure2); 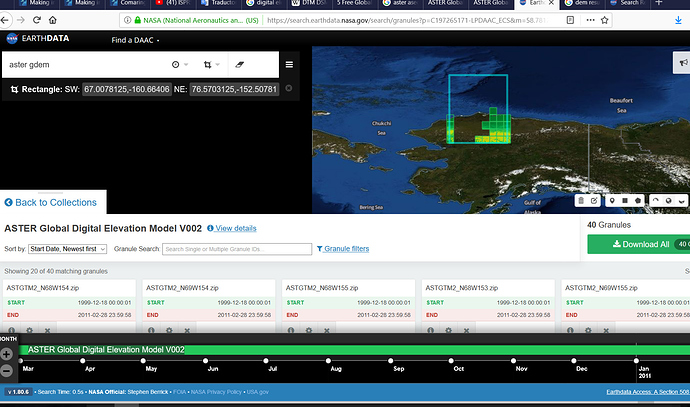 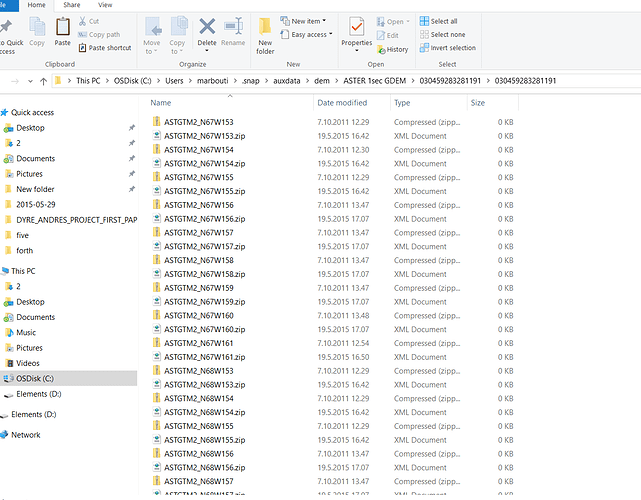 aster2.PNG1254×977 110 KB
Figure3.
My guess is, maybe I should change something in ‘ASTER 1sec GDEM’ folder and then try converting unwrapped result to elevation.

Note: my goal is using ‘ASTER 1sec GDEM’ but I do not know something I’ve downloaded is exactly that one or not;

they alll have 0 KB, I think the download failed.

After you downloaded all required tiles, you can open them in a GIS, make a mosaic and use it as “External DEM” instead of selecting ASTER in the dropdown.

There was something wrong with zip folder of all data that earth data sent to me, now, I used the link and downloaded all and put in folder (figure 1). I think i should do something until ASTER dem can be active because I repeated processing and again it was failed. 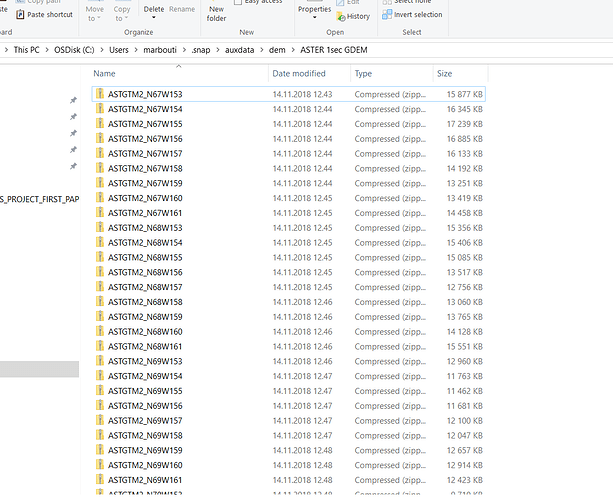 what happens when you right-click > Add Elevation Bands and now select ASTER?

I did it (elevation-2 band) but there is nothing there. Maybe I should unzip folders in ‘ASTER 1sec GDEM’ folder? 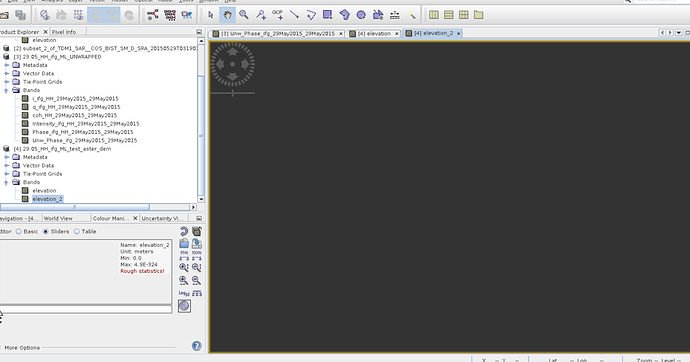 I haven’t tried it myself but according to the documentation, you downloaded the correct data and put them into the right folder.

How about my solution on manually creating a mosaic from the DEM tiles and use this as an external DEM?

OK. I read what he did here but anyway he did not explain

I’m glad you solved it. Maybe you can explain a bit more how you found out that all required tiles were not included and a bit about the hidden folder in OSX. Just in case there are people who have the same issue some day.

One more thing about ACE30 DEM,

I did not work with DEM result before, but in my idea, when I subtract the downloaded DEM (ACE30 DEM) _figure1_from the result (my created elevation) _figure2_and create a difference image in the band maths. If the DEM has high quality, the difference should be very little.

Am I right? If so, based on difference result between DEM and my elevation result, the difference is between (-3.32 to 18.35)figure3.

I think it is too much! Is’not it? 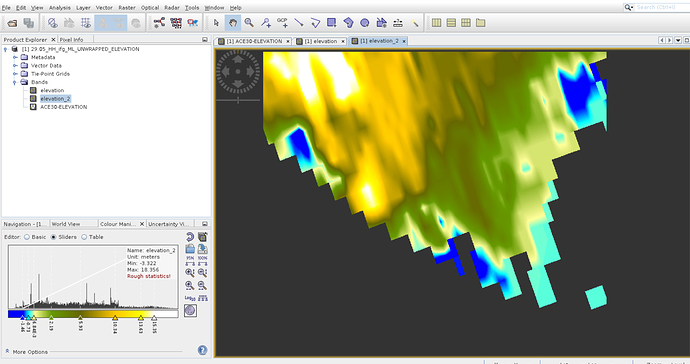 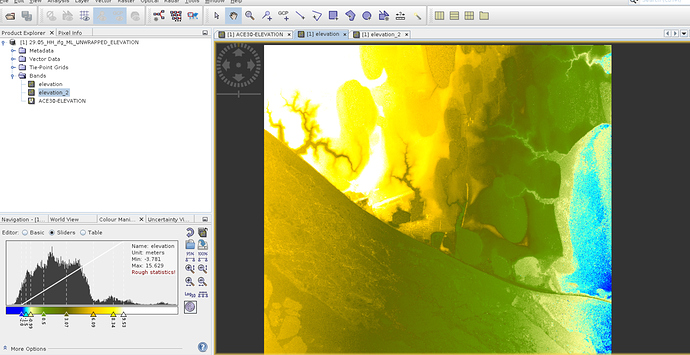 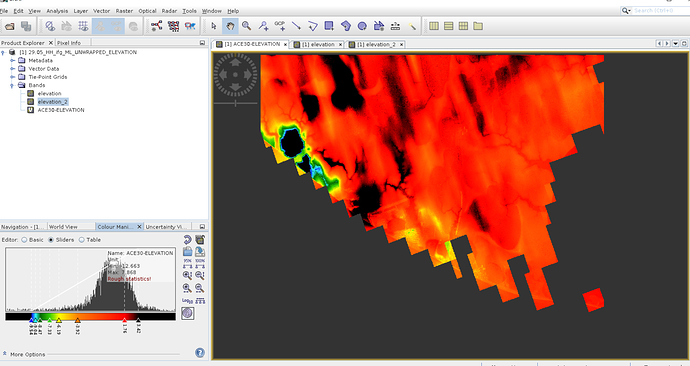 How can creat a manually mosaic from DEM?

load all ASTER files into SNAP and combine them into one large raster with the moasic tool.

But you need a DEM for proper terrain correction of your InSAR elevations and I would suggest to use ASTER.

Then I added all zip files and I chose UTM zone_parameter projection=4_ here (figure 1) and when I went to another step (variable and condition), then I got this error(figure2). 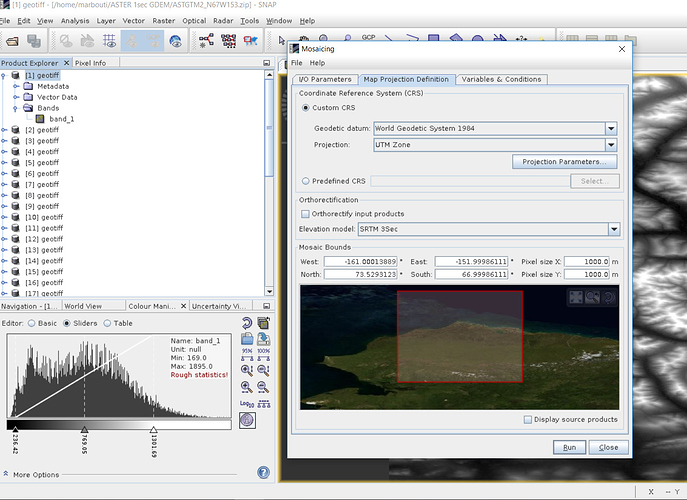 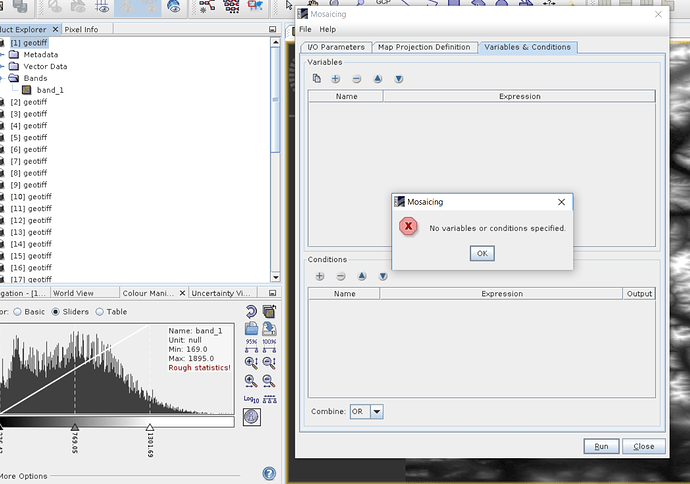 Is my way right? Shall I use something for variable and conditions? How about ‘map projection definition’?

Firstly, you will have to stick to “Geographic Lat/Lon WGS84” as an reference system, don’t use UTM CRS (explanation is here: Georefrence in snap)

The other thing is, you have to select a variable. In your case, it is just “band 1” as each Tif has only one band: 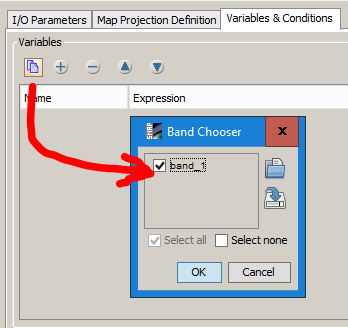 All of this is described in the help section, do you even look at it?

Yes I read it but my problem is that when I press on variable folder (the picture in figure1) then it does not open a band chooser. 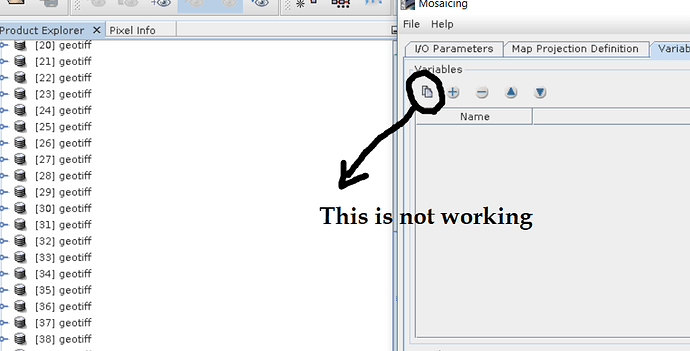 have you entered all tiles in I/O Parameters? 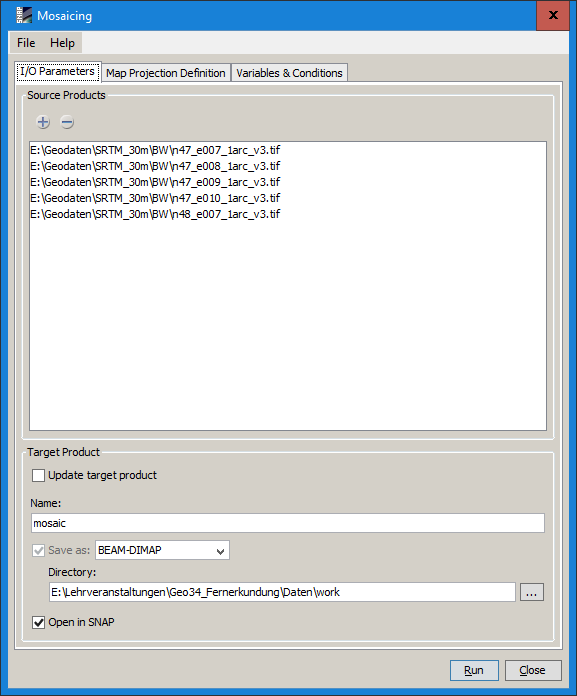 Yes but my format is zip in ‘source product’. 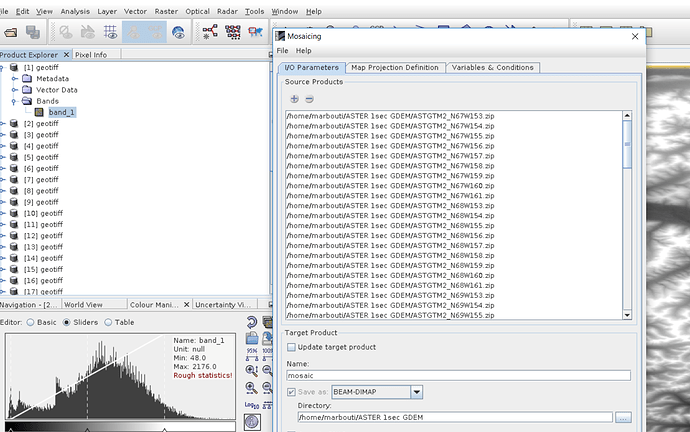 then try extracting them and add the rasters instead.

Ok…l managed to make it by your help but lets explain my step to be sure, everything is OK;

In ‘map projection definition’, I left stuff like below (figure1); 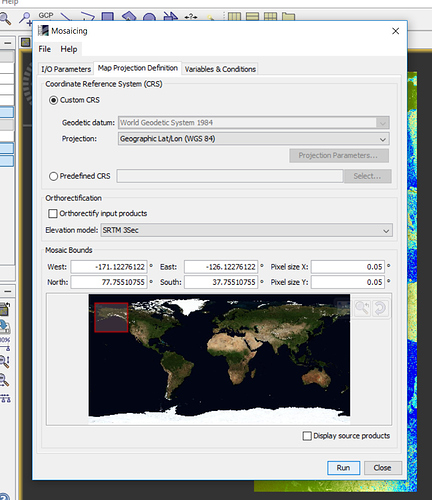 Then my result is saved in ‘BEAM-DMAP’ format (figure2): 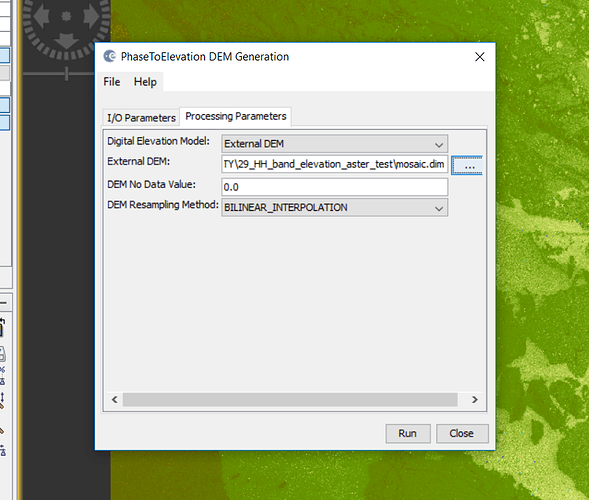 And the result is here (figure4); 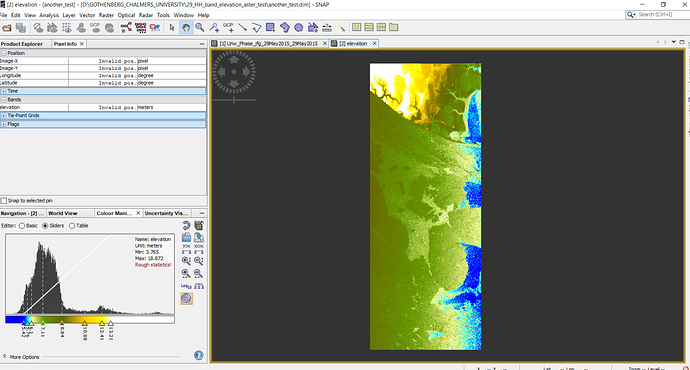 very good!
I want to be mentioned in the publication then

Exactly, you helped me a alot. It is my pleasure:slightly_smiling_face:.

As a last step, you can apply Tange Dopper Terrain Correction so both elevations are projected into a coordinate reference system Then you can stack them and compare the elevations.

Shall I do it now?
I tried to do it (figure 1) but them my result is like this (figure2). I think something is missing in image. 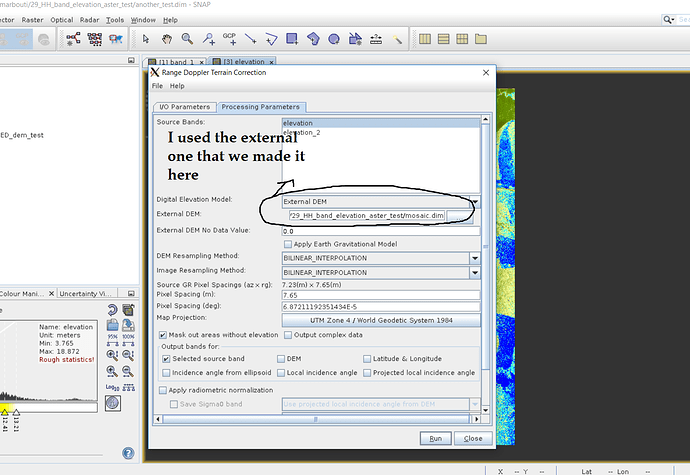 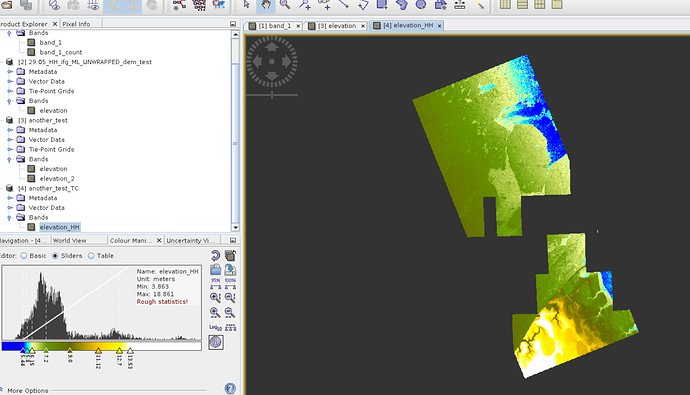 Another thing that is weird for me is here;
Why when i applied terrain correction by using external file, the result is bigger that my elevation result. Please look at below;