I’m afraid you cannot derive a DEM in this area based on bistatic data. 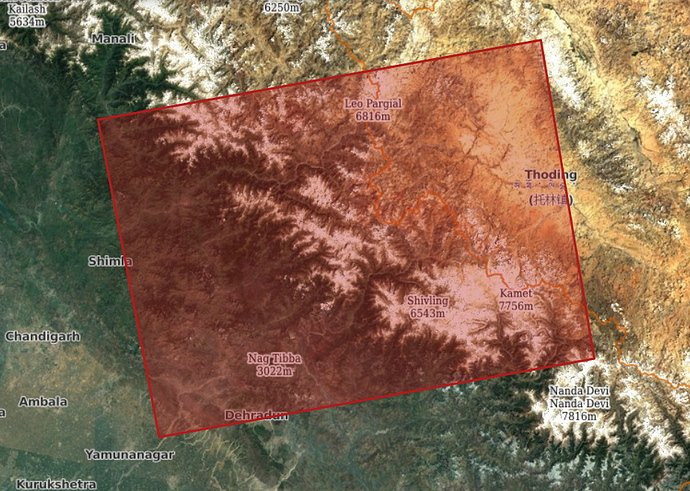 As you see, most of your study area consists of dense vegetation, leading to phase decorrelation and loss of coherence. InSAR measurements are not possible here. This is underlined by the quality of the interferogram which hardly shows any fringes.

For proper results, you need interferograms which look like this: 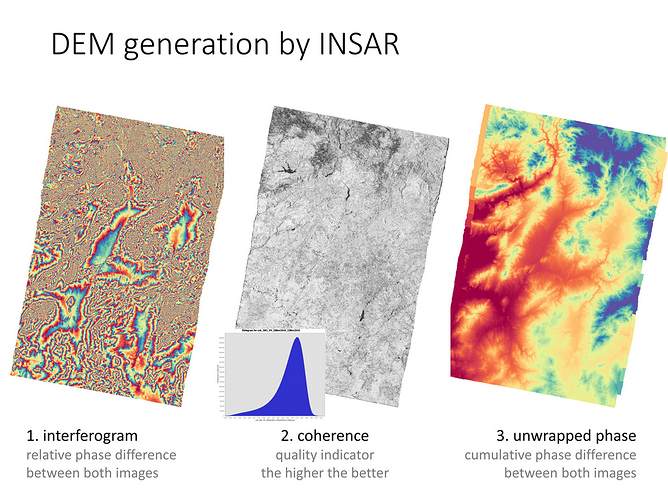 Ohh… This is the reason , i am getting so different elevation values, I was thinking some Projection issue is there.

Then sir what is the Alternative, Give me any of your advice
Can i take some moree plain area in Uttarakhand only Like Dehradun, Saharanpur

Or any other SAR Dataset.?

Actually i have to do my Project Work With Sentinel Dataset only.

If we want to do INSAR Measurements , in that kind of area
How we could do then…

In that case you should choose less vegetation cover season, because it could affect the quality of your coherence, furthermore, the selection of small temporal baseline as much as possible, other solution, you could choose more penetrated wavelength such as L band , Alos PALSAR,

I also explained in here, the disadvantage of S1, selection for DEM creation,

I agree with @falahfakhri if you can select a study area, try to find one with little or no vegetation. All vegetated areas cause decorrelation and therefore loss of usable phase information.

Also, try to avoid images acquired during heavy rains, so images from the dry season are to be preferred.

Because…
I have to work with Sentinel data only as per the project given
And i Cant change the broad study area, But yes can shift in that Uttarakhand Region only., though it would be difficult to find the area in Uttarakhand with Little or no vegetation, But will try to see any area with Minimum Vegetation

So i have to start again now with Final & Fresh ,because of short of time

Therefore, i am asking more information about Baselines

for Sentinel-1, values over 100 meters are more suitable according to the ESA guidelines
Have a look at this document http://www.esa.int/esapub/tm/tm19/TM-19_ptB.pdf -> Section 1.3 Selecting images for InSAR DEM generation

And for most areas, 12 days are available. Have a look at the observations scenario:
https://sentinel.esa.int/web/sentinel/missions/sentinel-1/observation-scenario 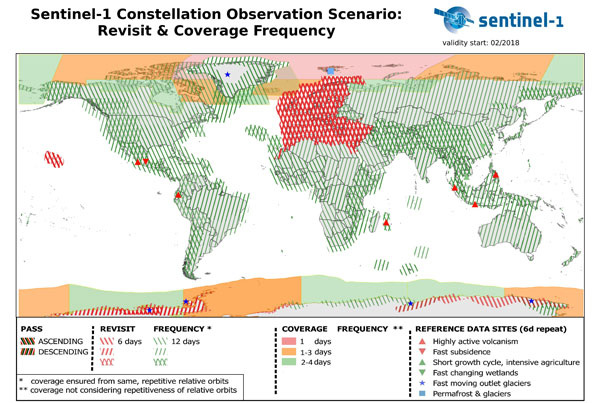 About your study area: Whoever gave you the task to build a DEM based on Sentinel-1 must have no idea on the limitations of this kind of data and I personally think such tasks shouldn’t be given by supervisors.

Actually Sir
My task is to Fuse the Ascending and Descending InSAR pair DEMs.

And other Dems also , If required For Good elevation values

I did for both Ascending & Descending But didnt get Good results

to evaluate your elevation information, you can select the “elevation” checkbox in the terrain correction step and have both the InSAR DEM and the SRTM used for terrain correction in one product and compare. This idea is illustrated at more detail here: Making interferogram for TANDEM-X bistatic mode

Yes sir ,This i did with previous Dems also,
SRTM comparision with INsar
Where i didnt get good results with Sentinel dataset…
Now willl try again

As per your guidelines
Thankyou so much sir

My colleague made them covering New Delhi and Harayana Region, which is plain area only
Then also the values are very high in Positive as well as Negative
Why is it so happening in other area also . I dont have the product name right now, so have uploaded the screenshot of the area to get some idea.

Why is it so happening in other area also .

Sentinel-1 is not the best base for DEM generation. Please have a look at these explanations

ok fine sir…I will forward these tutorial to my colleague also to read.

After discussions and all , now I AM FINALLY making DEM using Sentinel only of the RAJASTHAN area which is like desert area, having least vegetation in North INDIA

And 36 days will not cause much change to the topography of the Terrain so thatswhy i chose same temporal for both, since finally i have to fuse the two DEMs

I hope this will give me better results??

the conditions sound good by now - good luck with it!
It would be nice if you can share the results in here.

If you can share the product IDs I can shortly check the interferogram of the image pair if you want.

Product ID, write now i am not having sir , i have asked my friend to forward from institute…
I will give you in some time