My questions:
1.Coregistration and Multi-tempol speckle filtering.Are they necessary?
2.Multilook.Is there a difference between the looks 1:4(calculated) and 1:5(ESA)?
3.Terrain Correction.
a.output bands:To get the local incident Angle, which one should I choose?Incidence angle from ellipsoid,Local incidence angle or Projected local incidence angle?
b.radiometric normalization:Is it necessary for my research?And when I select “save Sigma0 band” ,it does not work?

The processing steps I am using is as follow:

Especially if you want to compare images of different dates, multi-temporal speckle filtering is not a good idea. It wouldn’t be effective on three images either.

Coregistration only makes sense to me if you want to compare single pixels for their properties. For general scatter plots (e.g. incidence angle vs. Sigma0), this is not required.

b .radiometric normalization:Is it necessary for my research?And when I select “save Sigma0 band” ,it does not work?

If you want to compare backscattering coefficients (your first workflow), the normalization is no longer required. It is kind of a relic from earlier versions (see lveci’s answer here)
If you want to correct radiometric errors caused by topography, you should run Terrain Flattening (as suggested here), but its results strongly depends on the used DEM.

I would select the SRTM 1 Sec for the Terrain Correction because of its higher spatial resolution.

It is best to derive the polarimetric parameters from undisturbed (non-interpolated) values and to co-register at a later stage if necessary. Multilooking destroys information so it should be done later also if necessary.

If you want to correct radiometric errors caused by topography, you should run Terrain Flattening (as suggested here ), but its results strongly depends on the used DEM.

Thank you for your advice!!

Hello,ABraun!
This is the rgb image.And there are water, farmland, bare land, mountains, towns… 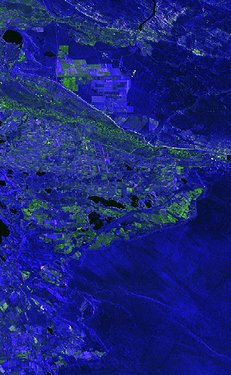 图片556×900 514 KB
Such as water,the main scattering mechanism should be surface scattering,so it should have a smaller α value.But it’s actually over 40°.Exactly the α value of the whole image is relatively large.Maybe there’s something wrong with my process? 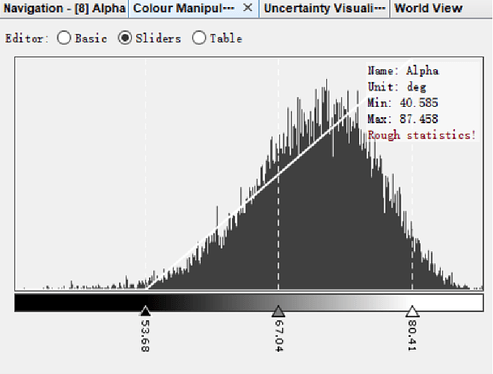 the derivation of scattering mechanisms is not very reliable from the dual-polarized Sentinel-1 data (VV/VH). To extract precise proportions of surface, dihedral, and volume scattering, you need quad-pol data.

You can still use Sentinel-1 to get first indications and detect differences between surfaces, but I would not refer to value thresholds which were empirically tested on quad-pol data.

the derivation of scattering mechanisms is not very reliable from the dual-polarized Sentinel-1 data (VV/VH). To extract precise proportions of surface, dihedral, and volume scattering, you need quad-pol data.

So the results of H/α decomposition in SNAP and Polsarpro are same?and if I want to determine the scattering mechanism based on the α value, I can only use quad-pol data?

SNAP and PolSARpro should lead to the same results. The question is how much they help you. It was discussed here, to what extent dual-pol data can be used as input for Ha decompositions.

@agw2 No, sorry. As I started this discussion here, I tried to use the zones in SNAP for doing a classification. Then I realized that the result of the classes didnt fit to the zones. I thought that it is a problem of the SNAP program, but it isnt. I figured out that the H/Alpha Classifier in SNAP is not intended for the SENTINEL 1 SLC Data. It is made for Quadpol Data like Radarsat. So the Problem is, that the H/Alpha Classification in SNAP based on the entropie and alpha (thats fine) but th…

technically, you can derive entropy and alpha, yes. But the results are not very useful, especially for cross polarization. It just doesn’t give all the information needed for polarimetry: Thus, HH-VV SAR is a suitable alternative to full-polarization SAR in certain cases. Meanwhile, the extraction performance of the other two dual-polarization SARs is badly degraded due to the lack of co-polarization. Therefore, HH-HV and HV-VV SARs cannot effectively extract the scattering mechanisms in the …