Thanks in advance for your help

Might be the case as in earthquake case since the landslide caused rapid movement if I understand the question correctly. Next try to collect data for the study area - geology, vegetation, slopes, etc.

yes, not all landslides can be measured with radar, it is more suitable for slow and gradual movements.

@ABraun @hriston_bg hope you’re doing great. I feel sorry for being late to reply but I was actually doing some homework to present my problem effectively.

I am here again with the same query related to Landslide, The landslide event occurred during 15-17 April 2017 after heavy rainfall, at first there was slow downslope movement, and then this landslide occurred in the form of rupture.It covers an area of almost 79 Hectares.
Here is the Pre event google earth imagery of 2014 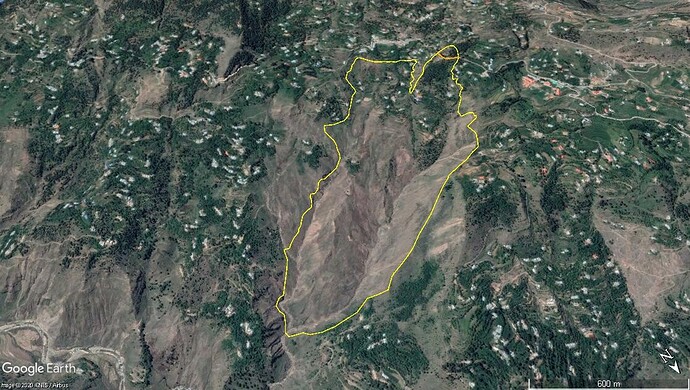 And this is the latest imagery of google earth; 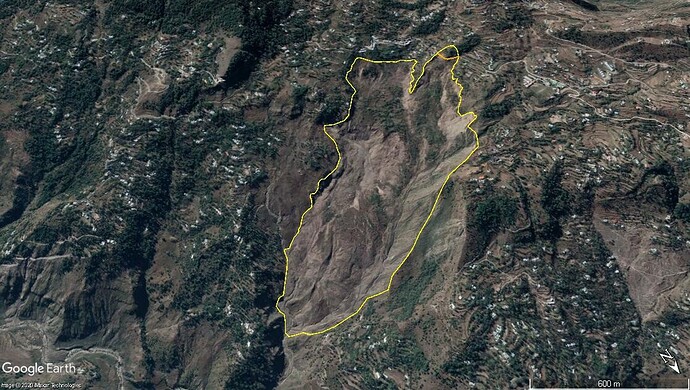 This is the elevation profile derived from google earth. 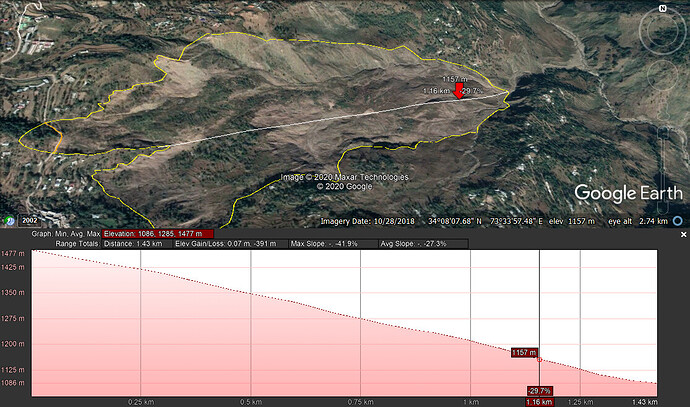 GEOLOGY
The area is located in an active tectonic region whwre landslides are common, landslide site has mix material i.e loose soil, debris, boulders, and somewhere bedrock exposed which is either Mudstone or Sandstone.

My objective is to determine ground deformation caused by this landslide through DinSar, I have also performed DinSar on three different pairs i.e

I have performed these tasks to get final product which is phase to displacement.

but I don’t get any conclusive results as there is displacement everywhere around the landslide which should not be. 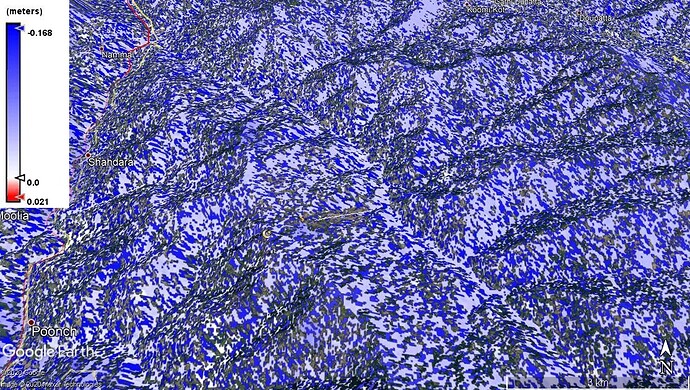 Now I am curious to know that is there any problem with my methodology that I am not getting accurate results or what might be reason. Or should I change technique for better and comprehensive results.

Looking forward to your kind opinions and guidance to help me achieve my objectives.
Thanks

@ahtsham09 Could provide coherence image as well. This shall tell you which of the displacements are correct. I guess you may try with values higher than 0.3.

@hriston_bg These are three histograms of different pairs 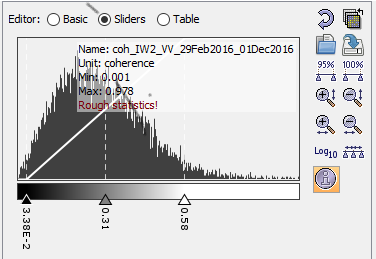 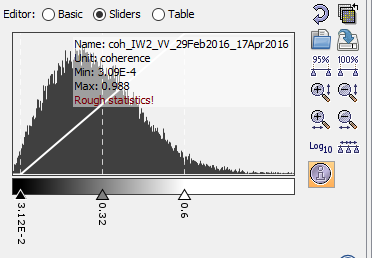 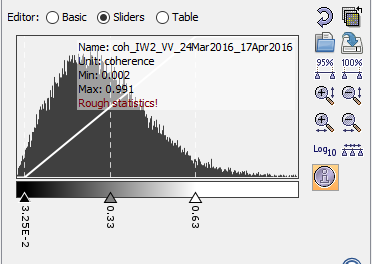 @ahtsham09 What do I see you have very low coherence for the whole image. I may try to delineate the landslide only by drawing a polygon and check again the coherence values.
Even if you know where the main slide took place you may draw a line and check the result.
All done in SNAP

May I ask what might be the reason of this low coherence in the area ?

Vegetation, freeze thaw cycles, rain, snow. There are many reasons.

@ahtsham09
vegetation, slope, aspect, atmosphere are the most common to deal with.
also if the movement is north-south oriented this could cause a problem when interpetinf S1 data

landslides of this magnitude exceed the capabilities of DInSAR, because the displacement is larger than what can be measured by one interferogram (depending on the wavelength, 5 cm for Sentinel-1), and also because of an extreme loss of coherence.
The interferogram consisting of pre- and post-landslide images is probably strongly decorrelated and therefore, the phase information is no longer usable.

@ABraun Is it possible to detect displacement of the same landslide using Sentinel 1 product through any technique other than DInSAR ?

Maybe offset tracking is an option, but this also depends on the maximum displacement you expect in this area