Hi everyone!
My research territory is the Volga river delta (Russia) and I want to create a DEM on this territory. I was prompted that the DEM will not be accurate because of the territory, but I’m interested in the process of DEM creating.

I read Alaska tutorial and forums .

So, after that I started DEM creating process. 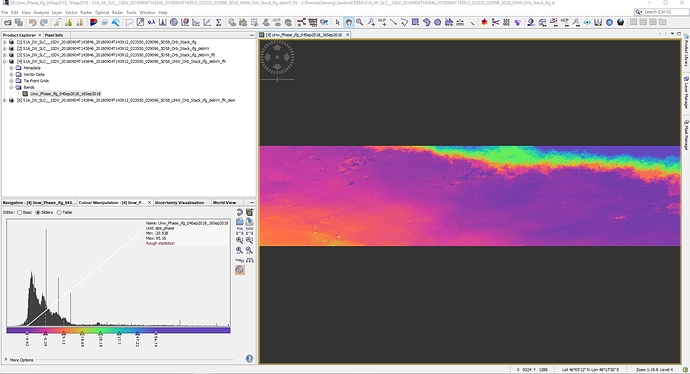 I thought, that everything is OK, but at the last step - Phase to elevation - I saw this - balck product. 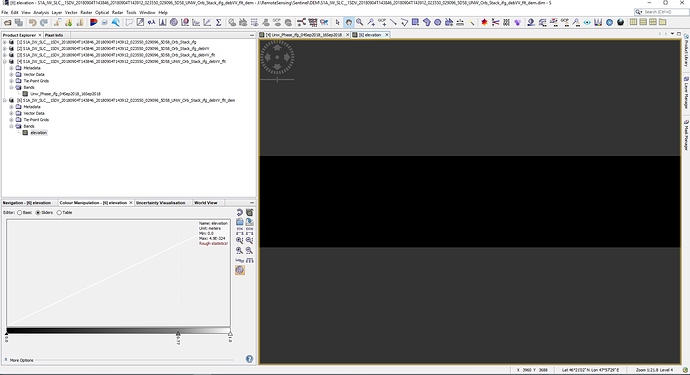 And I dont know what is wrong. Can anybody help me?
I also used another S1 products, but the result you can see.

Maybe I’m inattentive and did something wrong, I don`t know…

Second thing, Try to up to use SRTM 1sec ht automatic download

thank you. I will try.
I will write, if it did`t work

I used SRTM 1sec ht automatic in first step in “Back geocoding” and in the last step, when I created DEM, but , unfortunately, I saw balck product…

but the result was black screen. I found the same problem, but i don`t understand how to correct it. 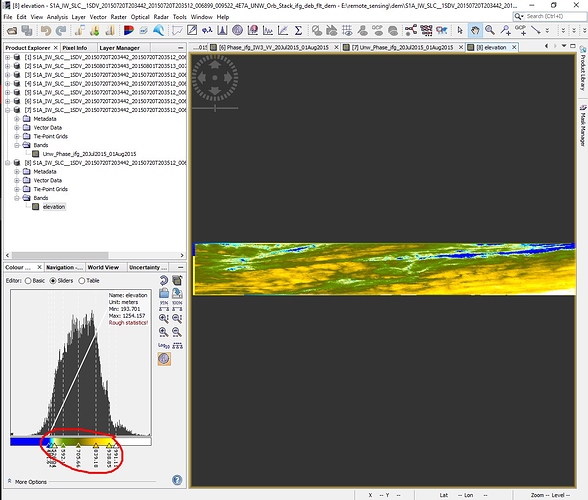 How it works, I dont know…Why I can not create elevation for my region?

I think this post is quite good start for you, also remember the criteria of SAR IMAGES before to go a head in the processing for example the perpendicular baseline is a key point of created the elevation map,

I am trying to create a DEM over my AOI. After reading plenty of topics, I have obtained a pair of S1A and S1B data. The baseline is 143.48 which is the longest I could find. As I read, it should be between 150 and 300 and around 70% of the values in the coherence histogram should be above 0.4. This is the histogram of my recent and best attempt. [image] After applying the steps below; S1 TOPS Coregistration Creating Interferogram Debursting Goldenstein Phase Filtering Multilooking Exportin…

Also, please have a look at this, 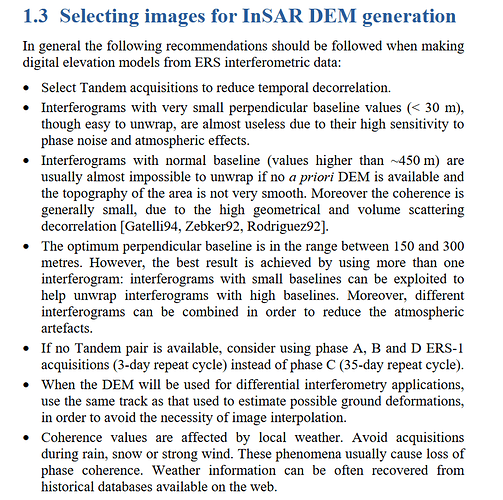 I think it is very nice tutorial, but let’s do it easy,

1- Split, Select where is your AOI in which subswath IW1-IW2-IW3,
2- Apply orbit,
3- Back geocoding
4- Apply ESD
5- Create an Interfogram
6- Deburst
7- Goldenstein Phase Filtering
8- Multilooking
9- Phase Unwrapping by selecting TOPO mode and and MCF, in the step of the SNAPHU EXPORT
10- Phase to elevation
11- Range doppler terrain correction.

For the step of applying ENHANCED SPECTRAL DIVERSITY ESD, it could be found from here,

I checked baseline (the range between 150 and 300 was not possible to be, max about 135).
I checked local weather and other parameters, but I still getting black final products.

Maybe I do not understand because of lost in the translation or my carelessness, but I will try it after a little rest.

In any case, thank you so mush! 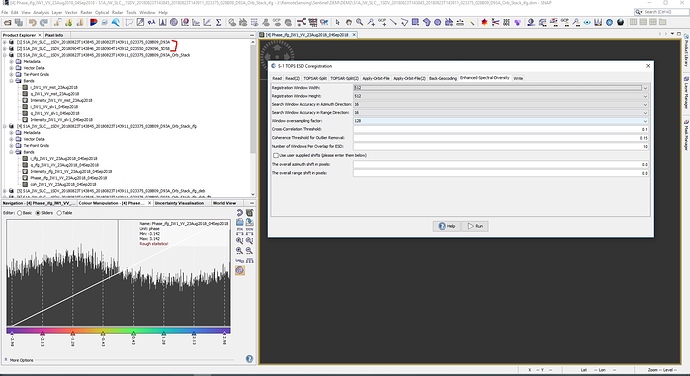 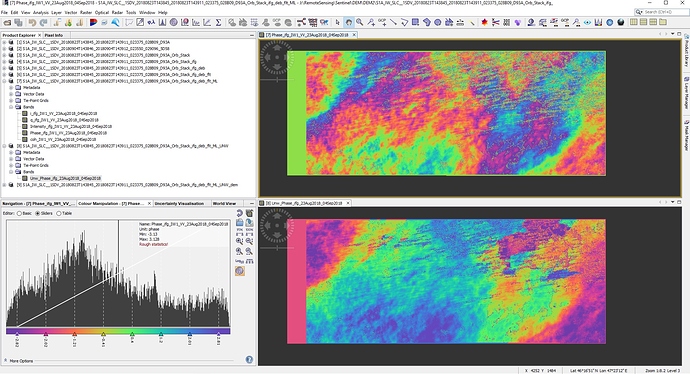 I used another products too, but the result is same.

Are both images form the same orbit Ascending or Descending ?

And Are they cover the same slice and track number?

In step one , did you select the same number of bursts and IW, of each image?

Did you use SRTM 1sec HT, auto download? (This doesn’t cover your study area, should not be selected and SRTM 3sec either)

Is your machine connected to the internet?

IF the answer of the previous questions is , yes , it means your SNAP has problem,

" select the same number of bursts and IW, of each image" - of course.
“use SRTM 1sec HT, auto download” - I used 3sec, cause you wrote

“machine connected to the internet” - of course.

How to check orbit? In metadata?

But all was right, when I made DEM for Australia

First thing in apply orbit , check the box , don’t fail, as it is mentioned in this post,

But there is no need to download the orbit, since the SNAP download it automatically, in case your machine is already connected to the internet, And since the image is new, however, I think the orbit is already exist, Would you please to try up check the box, [image]

Also be sure to choose the precise sentinel orbit,

Could you implement again your Asturalian process and check up your steps.

At the moment don’t change any of parameters and leave they as default.

Take a look at this post, it shows how to implement unwrapping

Import Unwrapped result back into SNAP for terrain correction s1tbx

have you run snaphu correctly? First, you need an unwrapped product (one *.img and one *hdr image)? Second, a reference image (interferogram before unwrapping) in DIMAP format must be opened in SNAP. If both are present, you can run the SNAPHU import as described: 1-Read-Phase (this is the reference file, usually the one before the unwrapping) [image] 2-Read-Unwrapped-Phase (here you chose the hdr file of the unwrapped phase created by snaphu) [image] 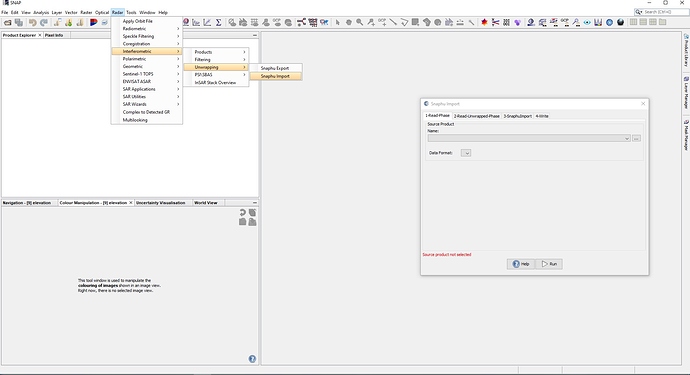 In first step I took Orb_Stack_ifg_deb_flt_ML product, in the second I took my SNAPHU hdr file.
But where exactly should the file be? In what directory? because I have it in a separate folder.

In the third step I check the box “DO not save …”

Have a look at the previous edited post please, Check up in which directory did you save the SNAPHU results, you should save your result.

Also an important thing in TOPSAR backgeocoding check the boxes deramp and demod,

As it is mentioned in here

OK, I will try.
Thanks for your advice 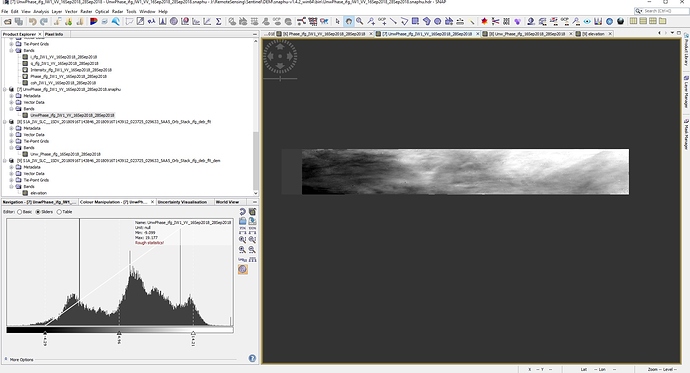 I think we could find solution, I edited this previous post,

Other thing I’d like to refer to this thread, because it covers the same your AOI,

Option of backgeocoding in Alaska

Hmmm, OK, I will try once more!))
Thank you very much!

But also I think, that, perhaps, problem is in AOI, because there are many little lakes and rivers, settlements, diverse LandCover, and, what is not less importantvery, I think, small change in elevation, only about 2-3 meters over many kilometers

Well, I repetead all steps once again, but for slightly different territory (North Caucasus).

There were no problems, and DEM was created.
But, I have another questions. I know, that all of this questions were on forum, but I can not find them, so, please, help me once again.

This is SRTM DEM 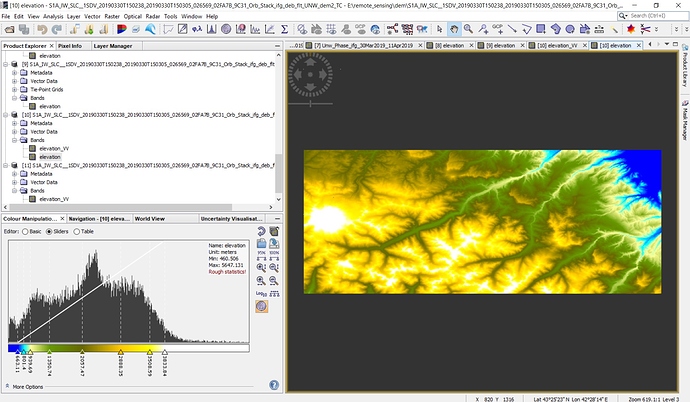 And this one by Sentinel data 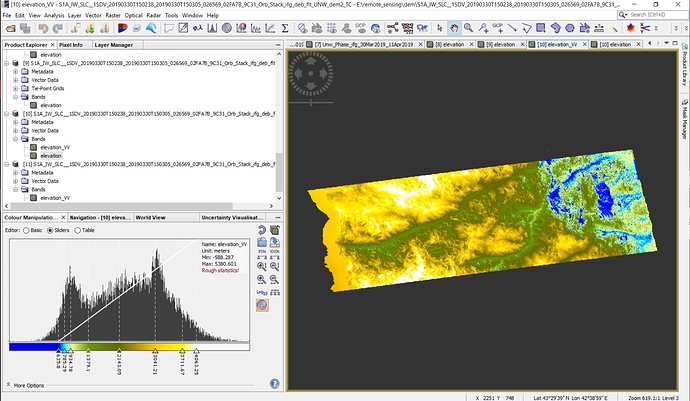 Why we can see on pic different anomalies, like this? 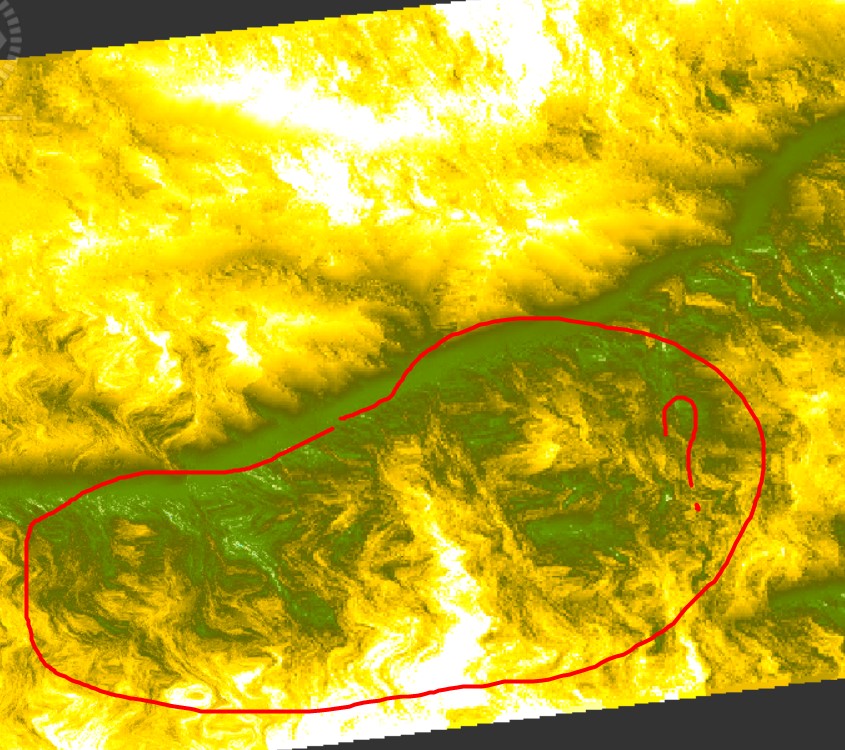 And how to correct elevation values? 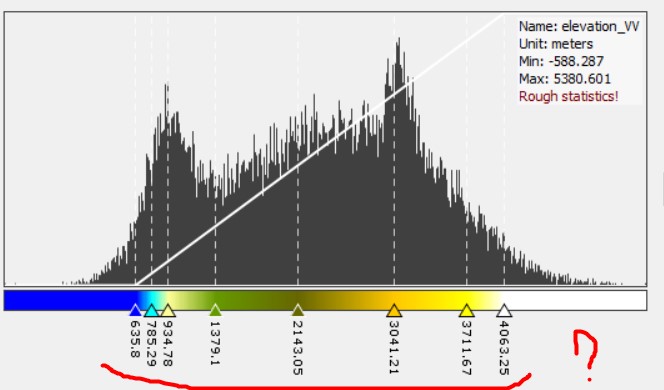 Let’s discuss the matter one by one,

In case we try up to apply all the aforementioned conditions to your case, or Sentinel -1 case, we could find that, more than one of S1 characteristics don’t meet the DEM creation, and example of that is, the temporal baseline, as you know, there’s no tandem pass in S1, also the perpendicular baseline is important to take in account as it is mentioned,

In our colleague post you could find out the lack of S1 for DEM creation, and the solution of increasing the DEM quality by multi-looking to 20 m, and goldstein filtering,

Coming back to your results, concerning the SRTM DEM, I think it is incomparable with the S-1 in most cases (personal opinion) for example following are some reasons, 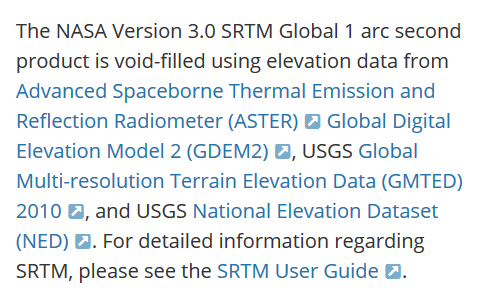 BUT BUT BUT, That doesn’t mean to stop our research to creating DEM from S-1, especially in the real need when SRTM or other DEM missions don’t cover the AOI,

I think your results are good, think about the Unwrapping method we use, Unfortunately there is no other approach of unwrapping is available could be used to compare the results or at least to be more affable to one case rather than the other,

Technically I found you passed all the steps successfully, you got very good results so far, Now, my advice to you is, to start change the parameters, in each step starting from the ESD, reaching the last step of processing,

The difference between S1 DEM yours, 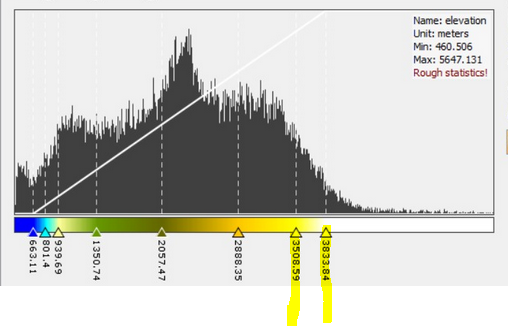 I think they are reasonable, according to what are mentioned above,

Your mission now is , to follow the approach I gave to you within this post to decrease this differences as much as possible.